“I No Dey Collect, Give me back my Fruits” – Fruit Seller Rejects CBN’s New Naira Notes From Customer, Video of His Action Goes Viral (Watch)

TikTok users are reacting to a video of a fruit seller who rejected CBN’s newly introduced naira notes.

The fruit seller was captured in a video that went viral on Thursday, December 15, after it was posted by a TikTok user known as Mama. 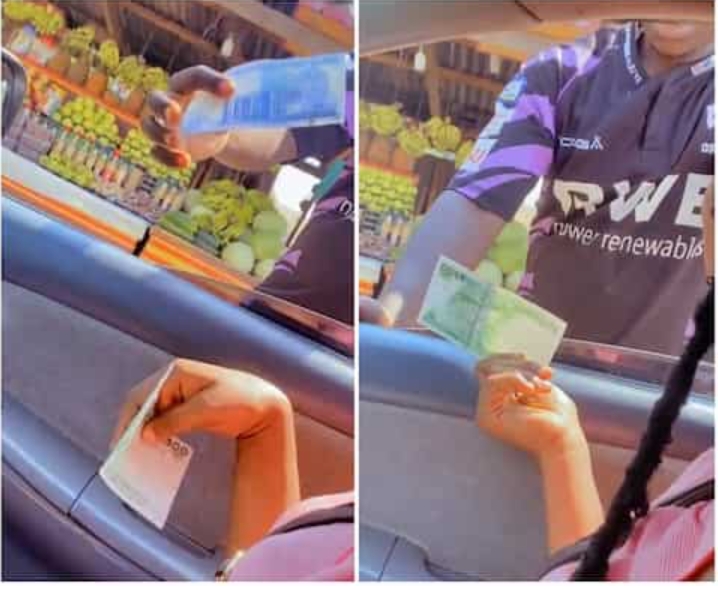 The video which lasted only 21 seconds was enough to show how the fruit seller doubted that the new naira notes are authentic.

Mama was in transit and decided to buy some fruits for herself and she beckoned the seller who sampled his wares by the roadside.

Already, the man had packaged the fruit and given it to her in the car, but the problem started when she gave him money.

Mama asked the man to choose between the old note and the new one, but the man completely rejected the new one.

He said he won’t take the redesigned N500 notes since he does not know it. His reaction has generated comments among TikTok users.