A little girl has melted hearts online after she was spotted calling customers to patronise her mother at Christmas village, Calabar.

With a sweet smile on her face, the smart girl beckoned at passers-by at the top of her voice to buy something from her mother. 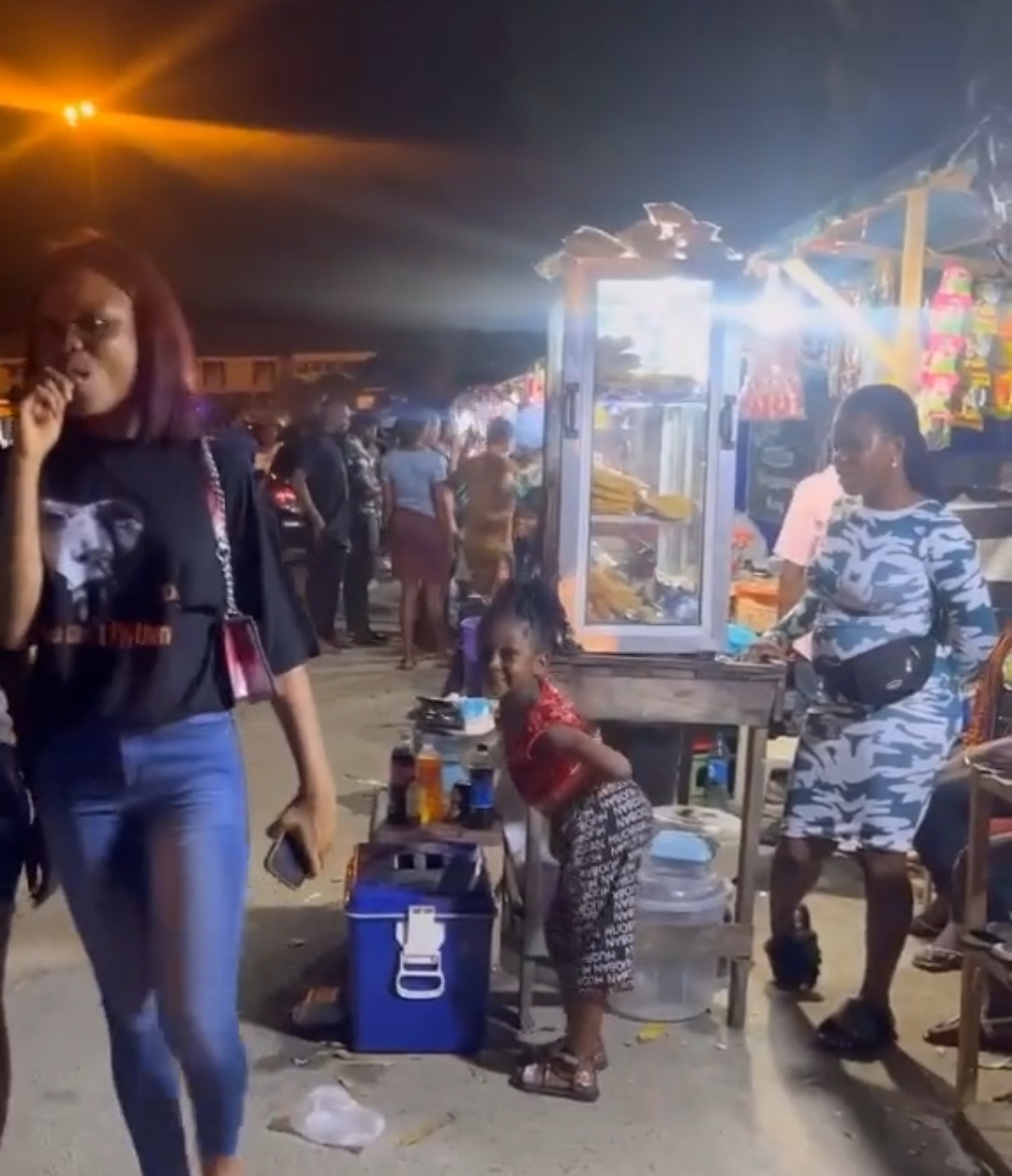 She also made some beautiful gestures and tried using her hands to touch people who didn’t hear her scream.

On sighting the girl, some passers-by who initially didn’t plan on getting something at the stand were moved to patronise her.

An eyewitness @mctochidecomedian on TikTok who shared the video asked the little girl about her motivation, and she said she enjoys making her mother happy.

According to the little girl who gave her name as Precious, she enjoys calling customers to patronise her mother.