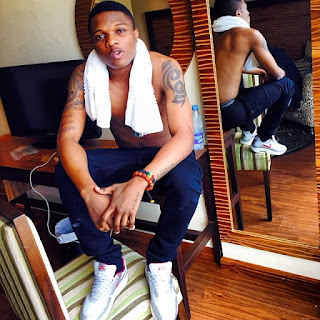 Just in Few days after Davido declares himself a Legend, Wizkid is here Saying something bitter to Davido
Read what Davido said below:-
“F*ck It, I’m A Legend In This Industry – Davido Declares | But Wait O! His He Ripe Enough To Be Called A Legend?“
Wizkid is about to show you all who the real Starboy is after the singer hinted that he already has an album waiting.
Wizzy, who just returned to his home country, Nigeria bragged on Twitter about hitting the studio and recording enough songs to make an album in just two days.
While the Starboy’s latest offering, “Sound From The Other Side” is coasting on music charts globally, Wizzy hinted his fans that another album might not be far away.
What do you think think about Wizkid recording another album after he dropped an EP??
Please Share This