Nigerian comedian and actor, Bright Okpocha better known as Basketmouth, has revealed that Afrobeats singer, Ayodeji Ibrahim Balogun aka Wizkid sent him a gift ahead of his birthday this month.

The 43-year-old stand up act, who would be turning 44 on September 14, received a special package from Wizzy. 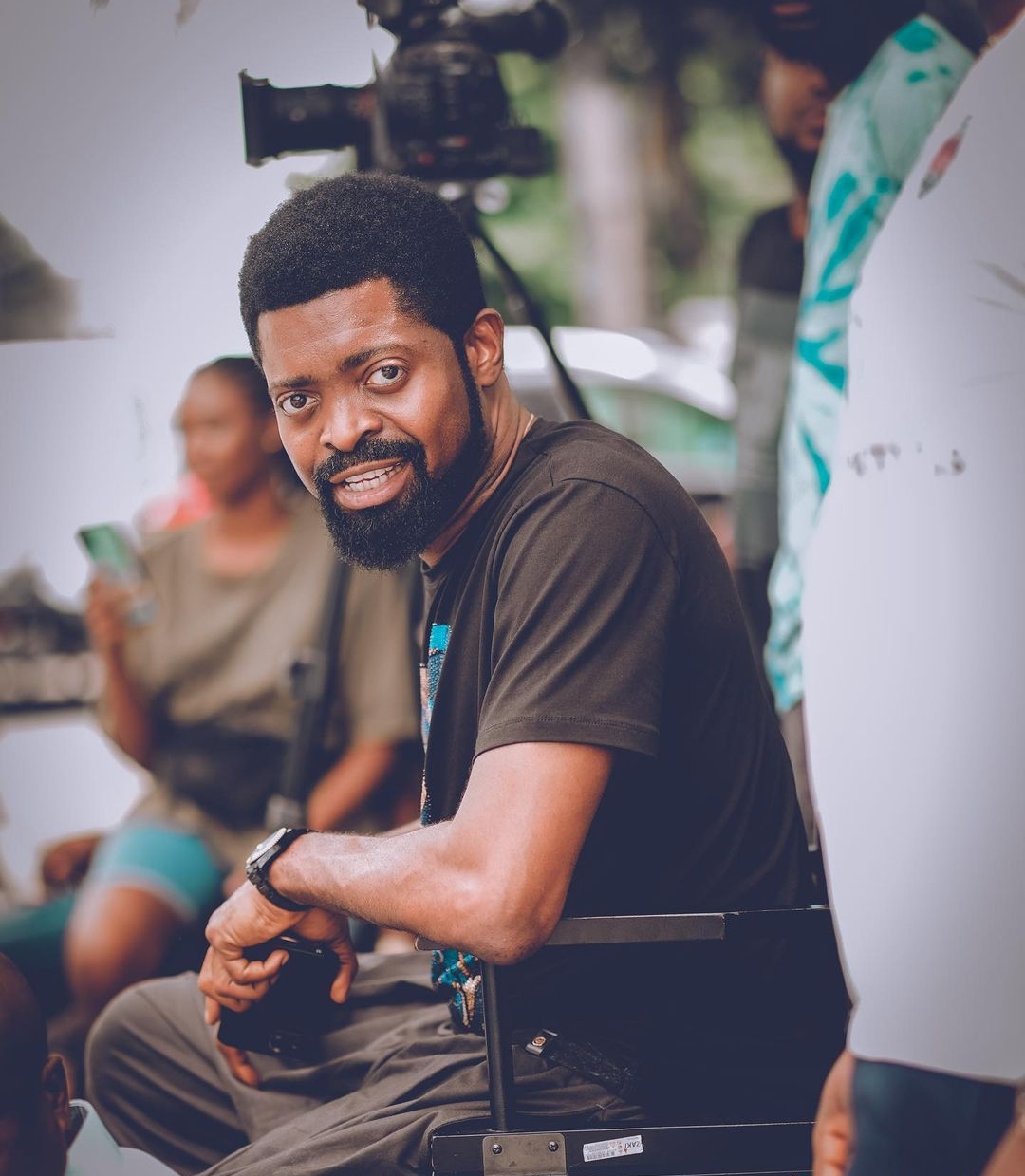 Basketmouth took to his Twitter account on Saturday to make this known as he said that he did not know the Starboy would remember the date not to talk of sending him something.

The comedian shared a cover art of Wizkid cover of his newly released song off his next album, More Love Less Ego. 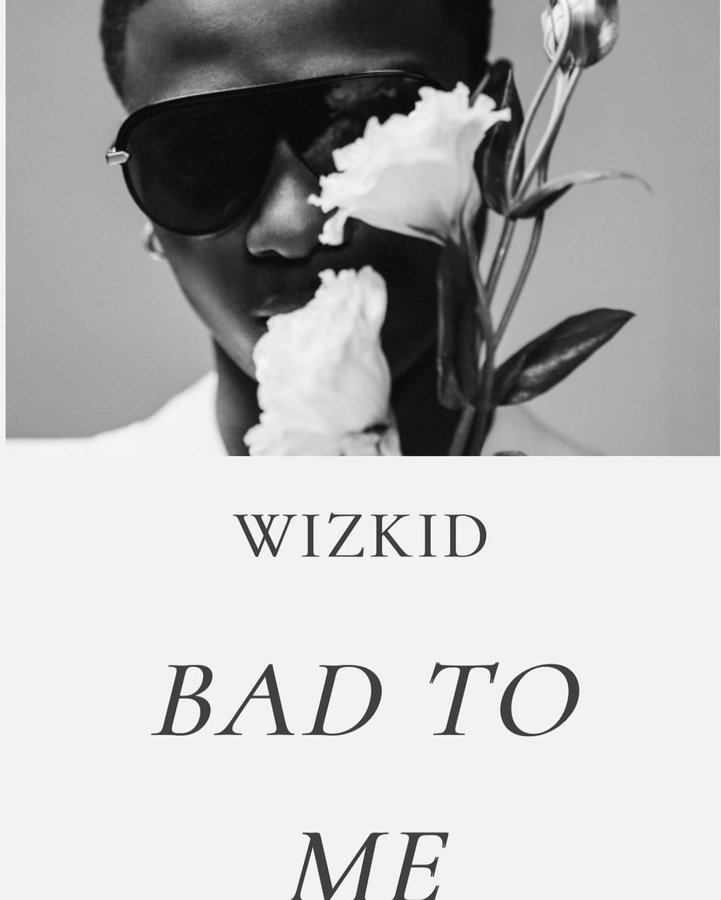 The movie star thanked the Joro crooner for not being ‘bad to me’ which is also the title of the new song.

He tweeted; ”I didn’t think you’ll remember my birthday (Sept 14th) talk less of giving me this gift.

@wizkidayo thanks for not being ‘BAD TO ME’ 🙏🏾”

Big Wiz reacted to the tweet by reposting it on his Instagram story and captioned it with emojis. 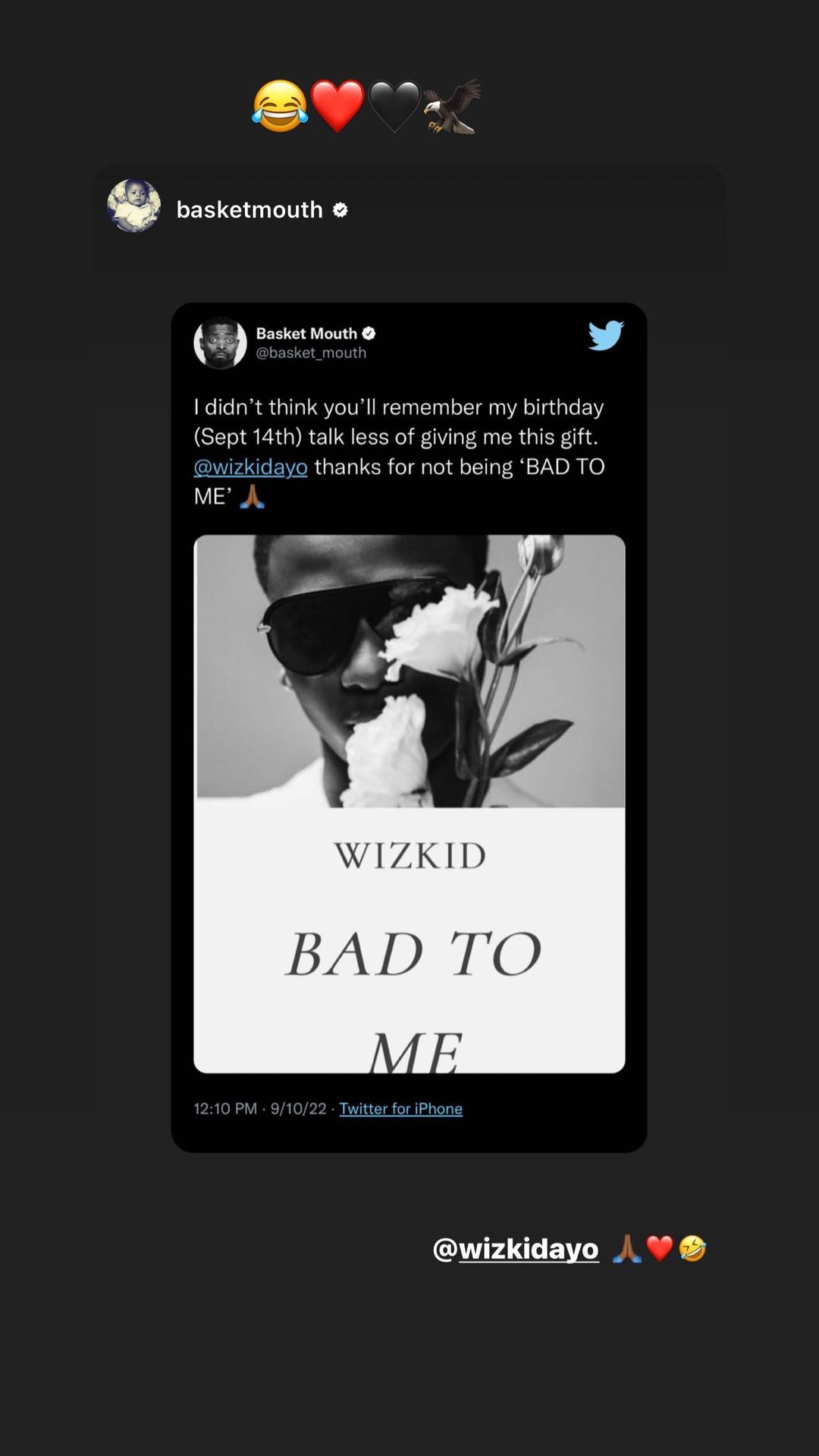