In a recent statement, popular Nigerian singer, Divine Ikubor professionally known as Rema speaks on his relationship with Ayra Starr and his colleagues at Mavin Records.

Rema during the interview with Cool FM Lagos managed to spark reactions among social media users while speaking on her relationship alongside Ayra Starr. 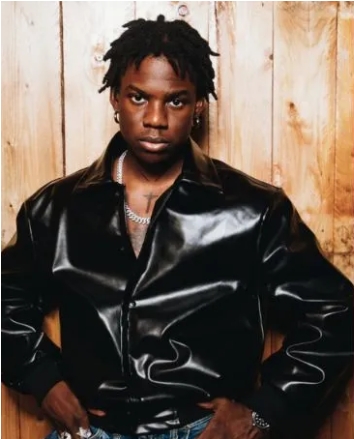 The “Beamer” crooner uttered that it get to a point he can’t even go out or party with Ayra Starr. Backing up his point, Rema said Ayra Starr is a vibe who get the ginger he always wanted.

Recall few months ago, Rema and Ayra Starr sparked relationship rumour over the way they hug each other on stage at Rema’s “Rave and Roses” North America tour in New York, U.S.A. Rema also raised many eyebrows after he addresses Ayra Starr as his love while celebrating her on his 20th birthday.

Speaking further on his relationship with his colleagues, Rema pointed out Bayanni and Boy Spyce as the ones he related with better as he averred they they do ball on different level.

He added that him and Bayanni really bond well in the studio and sharing idea with him has been really amazing. He further admitted that Boy Spyce is really a talented musician.