A viral video has captured a young girl’s reaction after boarding an aeroplane for the first time.

The young girl who works as a house help for her boss was offered the privilege of flying on an aeroplane. 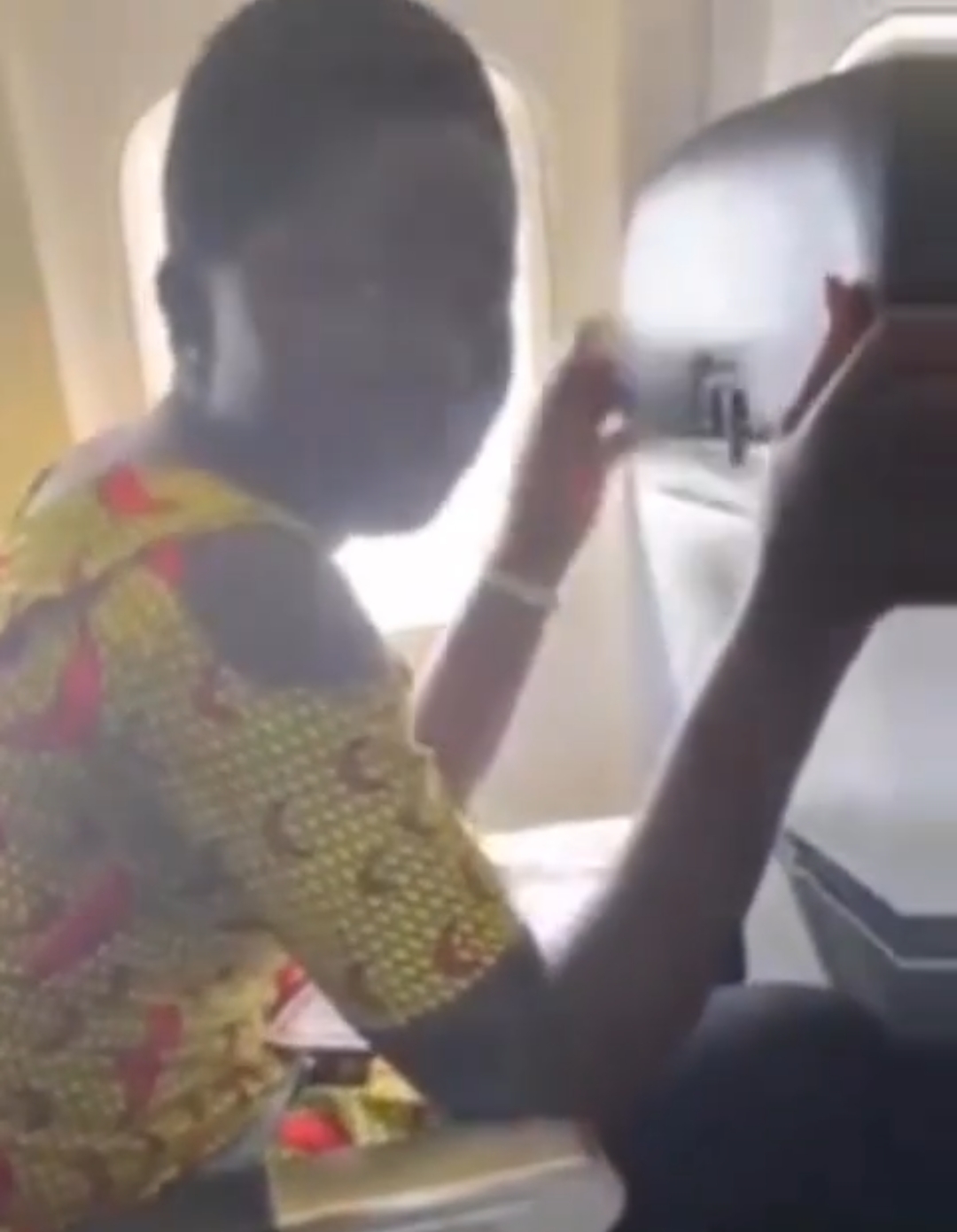 However, it seemed she did not enjoy the flight as her reaction inside the plane caused a frenzy.

While onboard, the young girl who sat by the window of the aeroplane kept staring into space and making scary gestures. At a point, she began to fan herself like someone about to collapse.

The young girl who was being filmed by someone presumed to be her ‘madam’, could not take it anymore as she finally decided to take her face off the window and look in another direction.

Tunde Ednut shared the video on Instagram with the caption:

Netizens react as young girl creates scene inside an aeroplane

“This was me the first time I was in an airplane, I almost get high blood pressure.”

“This happened to me as well, last week, the first time I boarded a plane.”

“Cleaning the face got me.”

“Whoever you are as far as God is God, his grace will find us. When the Time is right, the lord Almighty will make it happen.”

“I have been on a plane a lot but still terrified to fly.”