Nollywood actress, Regina Daniels has caused a frenzy on the internet after she shared a video of the hilarious moment when she made her son apologize for destroying an item that had barely lasted one day.

In the video whicg she shared on her Instagram page, the actress was heard telling her son, Prince Munir Nwoko to kneel down and apologize to her for damaging an expensive toy racket she got for him. 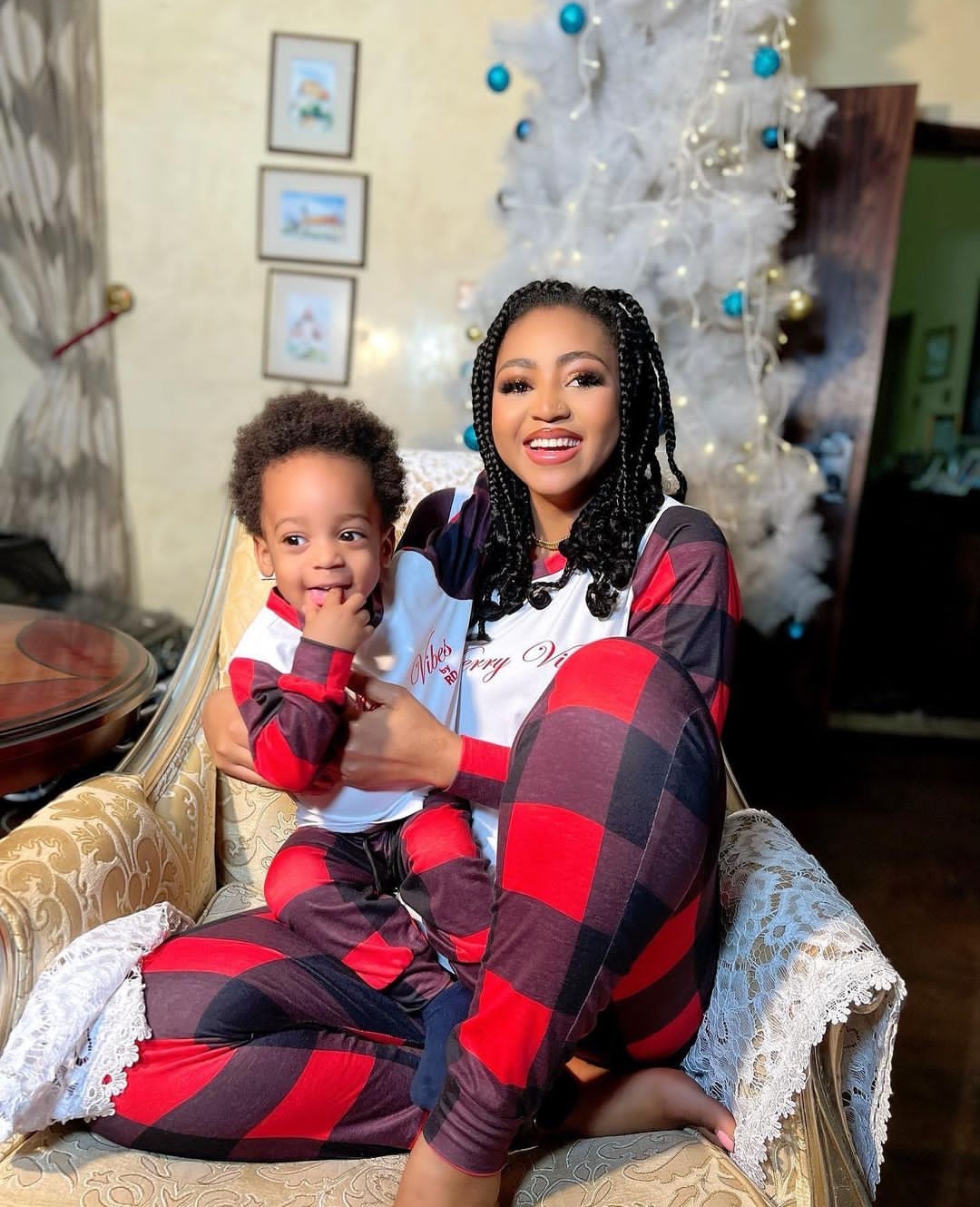 According to her, she got the racket at an expensive price and it had barely lasted a day when he destroyed it. Her son, who seemed to be in a playful mode, went on his knees and pleaded with his mom.

After what seemed to be an apology, Regina beckoned on him to give her a hug as a sign of forgiveness. Watch video below;