Flavour captured the hearts of many netizens as he shared the adorable video of himself with his adopted blind son, Semah via his verified Instagram page today, December 28th, 2022. 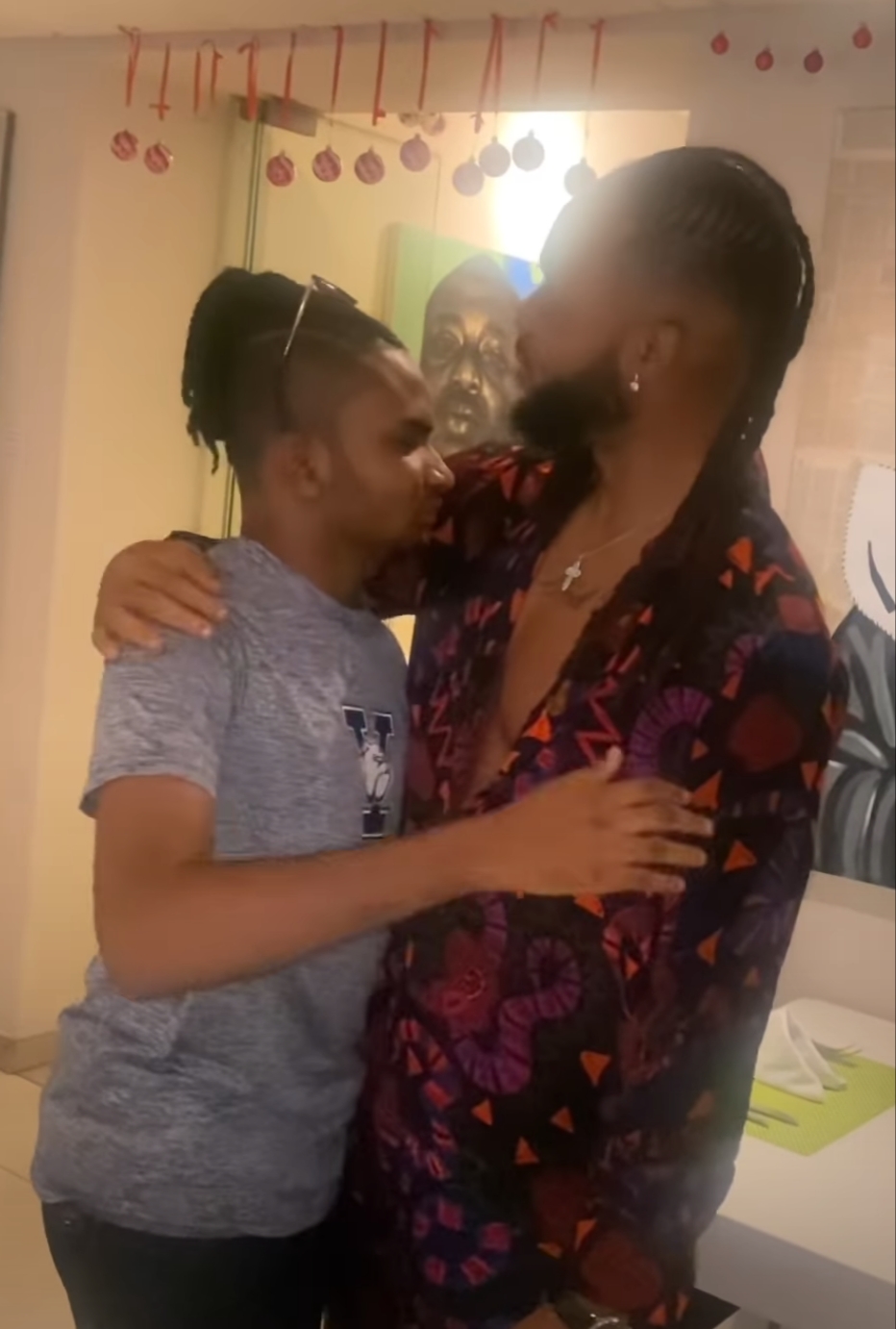 In the video shared by the singer, it was absolutely nothing but a strong bond of love between them as they shared deep hug several times showing how much they really missed each other.

Recall that The first meeting between the duo happened on March 21st, 2017, at an event to honour the highlife icon. Flavour was conferred with the title of Chief Zanzan of Liberia, in recognition of his ‘immense contribution’ to Africa through music. Semah was in attendance.

After being introduced by Queen Endee, the visually-impaired, aspiring singer held the microphone and sang Flavour’s 2016 ode to mothers, “MAMA” and the two became inseparable from then on.

Fast-forward to June, 2017, when the highlife superstar released his fifth studio album, Ijele – The Traveler. It included “Most High”, a gospel duet featuring Semah, as the last track.

However, in the video that surfaced online, the visually impaired Semah looks all grown up as he was seen grabbing Flavour’s dreads, his face making if it’s him or not.