Nigerian Popular singer, Chinedu Okoli, better known as Flavour N’abania has shared a cute video of himself with his children. 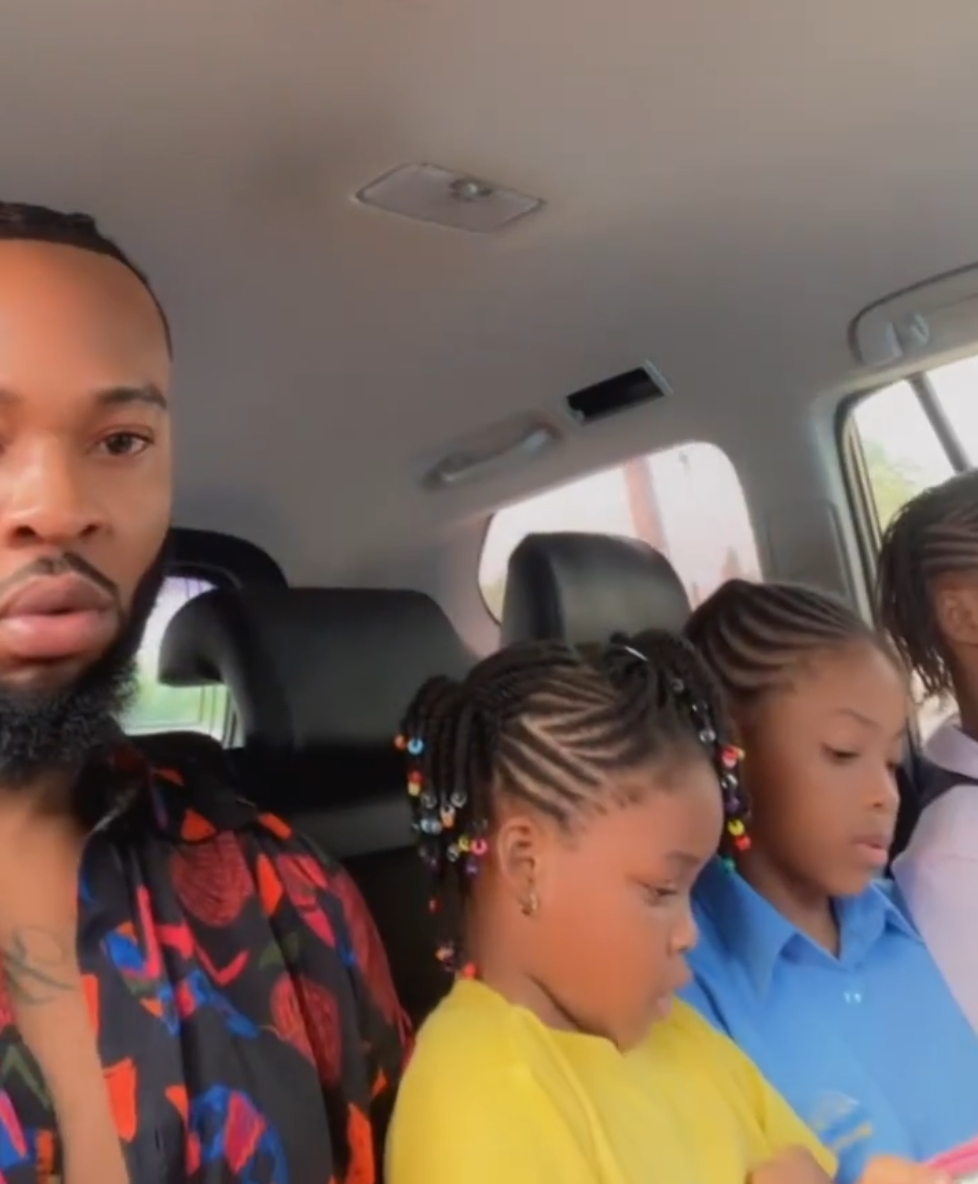 The hitmaker took to his Instagram story to share the heartwarming clip. In the short video, Flavour first captured his face then tilted it slightly to incorporate his girls.

Flavour remains one of the most successful singers. The crooner has so many hit tracks to his name.

In related news, tongues wagged after Flavour shared a clip of the moment he got caressed by a White female fan while performing on stage.

The crooner who was on a music tour in North America stormed San Francisco and obviously had a spectacular experience with the fan who couldn’t let go.