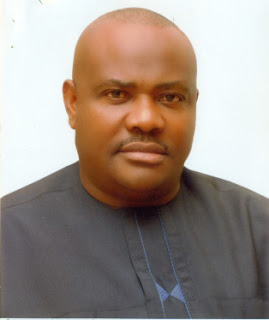 For the first time since the incident occurred, the Rivers State Government has finally condemned the attack on the Hausa community by members of the Indigenous People of Biafra, IPOB at Oyigbo Local Government area of the state.
Governor Nyesom Wike in a state-wide broadcast said he is concerned about the activities of IPOB members in Rivers state.
Governor Wike also stressed that Rivers state is in total support of the corporate existence of the Nigerian state adding that, his administration will not tolerate any attack by any group on other Nigerians living in any part of the State .
The Governor also re-iterated his position on the activities of officers and men of the Special Anti-Robbery Squad, SARS whom he accused of sabotaging security of the state.
Governor Wike, however, called on members of the general public to be vigilant and protect themselves from the activities of SARS in Rivers State.
“The Rivers State Government is seriously concerned with the recent activities of the Indigenous Peoples of Biafra (IPOB), particularly the attack on Nigerian citizens living in Rivers State.
“Rivers people fully subscribe to Nigeria’s corporate existence and its indivisibility.
“As a people we shall continue to support the unity and peaceful co-existence of all ethnic nationalities and work towards actualizing our collective aspirations for a just, inclusive and progressive nation.
“Rivers State belongs to all those who live in it. We heartily welcome any Nigerian who wishes to reside here and go about with his or her lawful businesses.
Therefore, we shall not tolerate any attack by any group on other Nigerians living in Oyigbo or any other part of the State. We warn trouble makers those who are bent on causing violence on others to steer clear of Rivers territory.
“For months on end, we have been receiving reports fromtraumatized victims who had been robbed of theirs valuables by SARS operatives under the guise of conducting searches on thevictims.
They employ several malevolent methods, including planting illicit drugs on their unsuspecting victims as bargainingchip or forcefully taking them to ATM boots to collect specifiedamount of money as ransom for their freedom.
“Although the veracity of these allegations can only be fully established through an independent probe, the recent killing of aSARS operative while carrying out a kidnap operation by the Inspector General of Police’s Special Squad clearly lends credence to SARS direct involvement in criminal activities across the State.
Recall that the Inspector General of Police Ibrahim Idris had described the allegation by Governor Nyesom Wike against the Special Anti-Robbery Squad as “nonsense”.