A funny video has captured a young Nigerian man praying fervently in church with burning candle during crossover night.

In the video surfacing online, the young man asked God to provide him with N400 million with immediate effect. 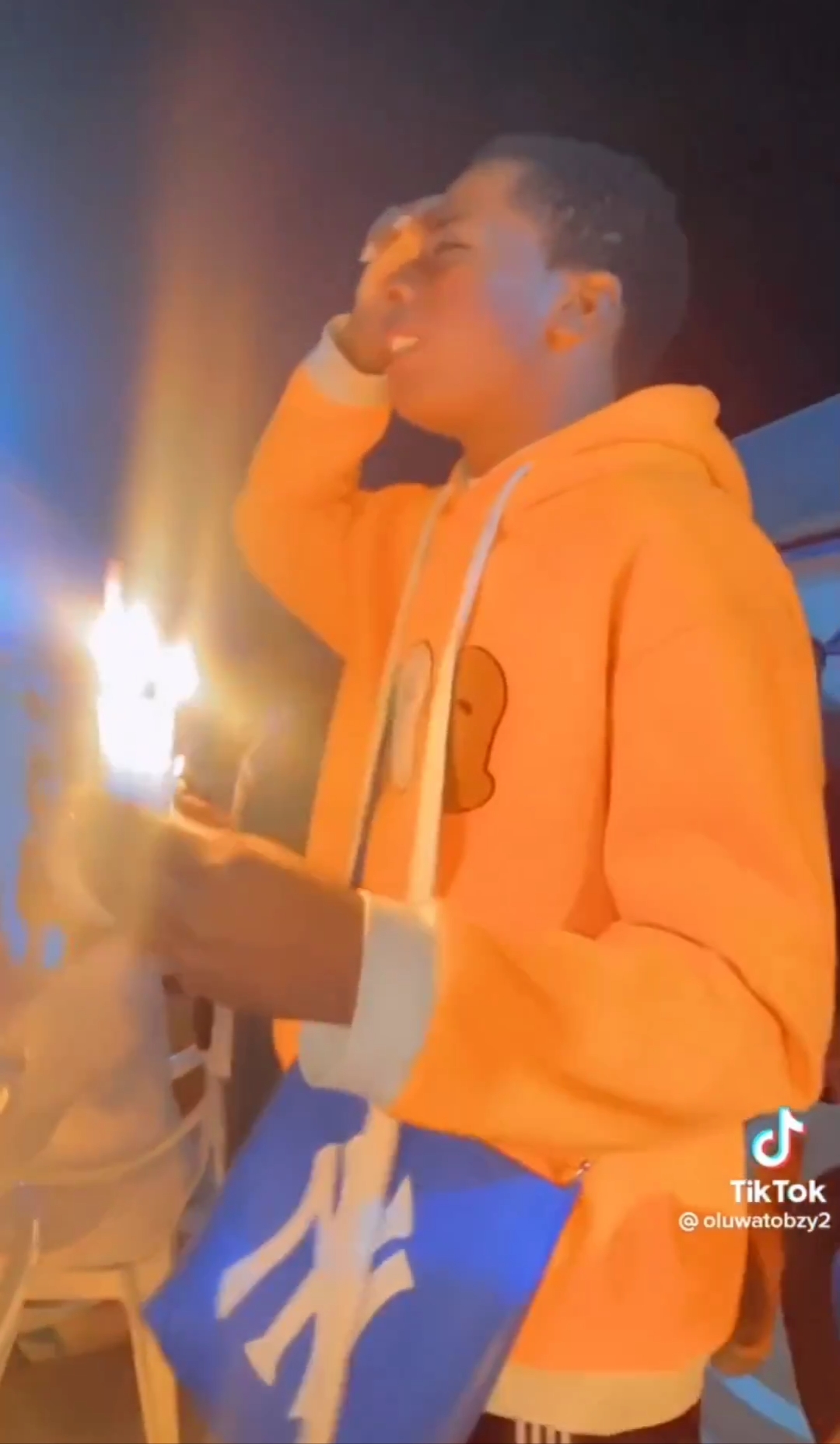 The event occurred during a white garment church’s crossover night on December 31, 2022.

The young man was seen with two burning white candles in his left hand closed his eyes and placed his right hand on his head.

Shaking his head up and down, he prayed to God in Yoruba, calling out his bank account details to where the money is to be credited.

The young man prayed and told God that he needs the money urgently.

Social media users could not stop laughing as they took to comment section. Watch the video below: