“Get Her a Small Tie” – Little Girl Who Walks Like Sabinus Goes Viral, See Reactions

A Nigerian man who says his little daughter walks like Sabinus has posted a striking photo of the girl.

The pretty girl whose name is Ekom was seen in the nice photo posted on Twitter by her father on Saturday, November 6. 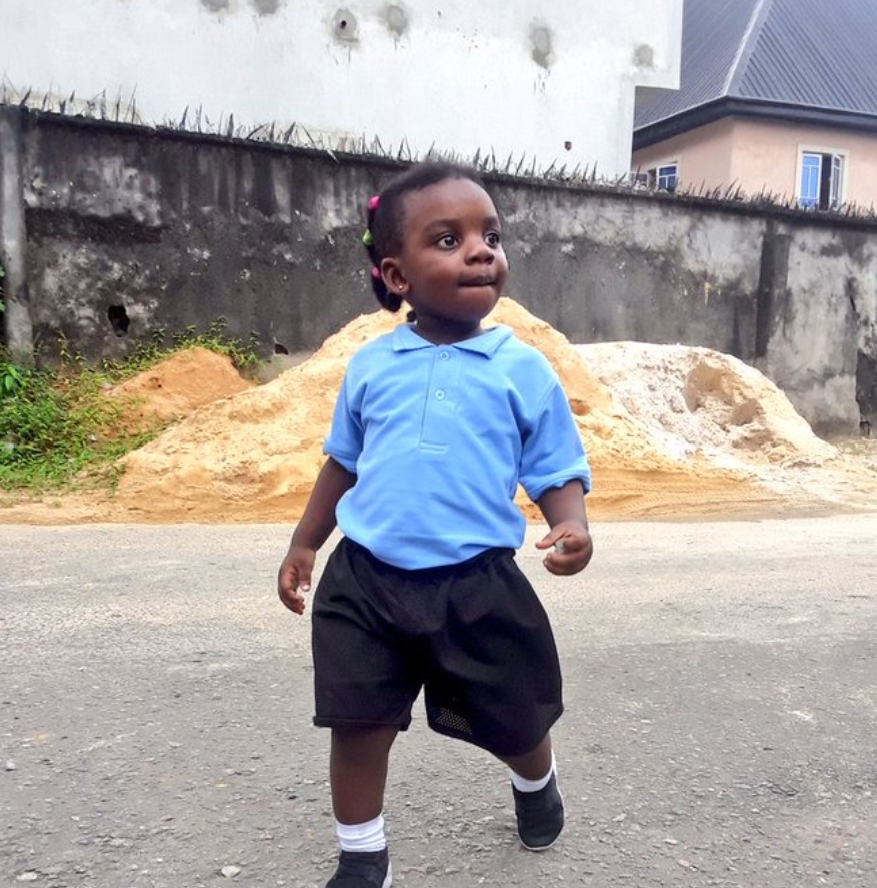 The girl’s father identified on Twitter as The Environmantalist wondered why his daughter walks that way.

A lot of Nigerians on Twitter who have seen the girl and way she walks have admitted that her posture with that of Sabinus are almost the same.

Why on earth is my daughter moving like @Sabinus1_ ?? Lmfaooooo 😂😂😂😂😂😂 pic.twitter.com/KT2yXl8zo6