“Future Billionaire” – Little Boy Who Who Hawk Sits Down to Count His Cash After Business, Video Goes Viral (Watch)

A viral TikTok video has shown a boy who sat down to count his money after hawking.

The video which reminded some people of their childhood was posted on Wednesday, December 8 by Wum Pini. 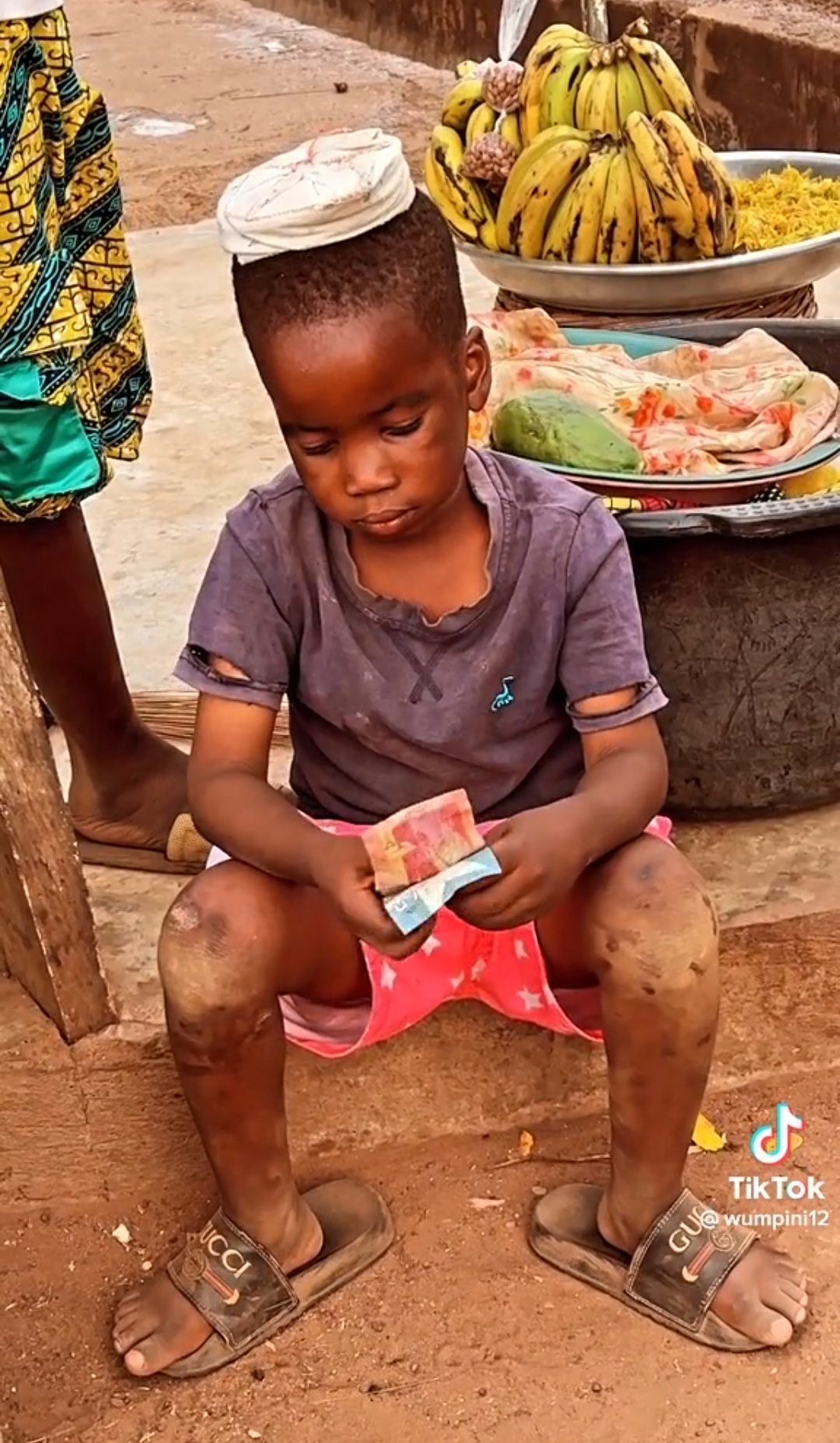 The boy sat down to take stock after the day’s business.

In the short video, the young boy appeared to have finished selling his wares as he sat under a small shade to take stock.

He had a few currency notes and coins in his hands and he was counting them to know how much he made.

The boy’s shoe and dress says so much about him and reminded a lot of people of their own childhood days when they did the same thing.

TikTok users found the video to be very touching and it has gone viral and gained over 5,000 likes on the platform.

“This reminds me of my childhood days. We don suffered but he will surely see light at the end of the tunnel.”

“Those calling for his parents arrest never stay village before.”

“My young brother, it’s hard but you will appreciate your parents someday.”