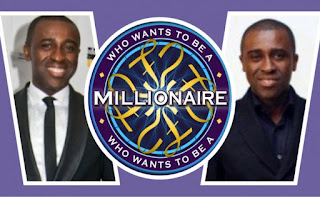 Frank Edoho, former host of Who Wants To Be A Millionaire made a fortune in the 13 years he hosted the family reality game show.
His pay made him smile to the bank and also catapulted him to the league of millionaires.
It was revealed that he was paid a million naira monthly, making a total of N156 million for the 13 years he hosted the show.
Contrary to tales making the rounds that Frank Edoho demanded more money from the organisers of the show, encomium.ng can authoritatively state that his exit was on mutual.
Information pieced together by encomium.ng revealed that Frank Edoho opted out because he wanted to move on to greater things already catching his fancy while WWTBAM was rested, hence his refusal to resume as the host of season 14.
We also gathered that the organisers and Frank Edoho are still enjoying good rapport and he would part take in the process that would unveil a new host in no distant time