The Japanese national team has been hailed as ‘an example for all teams’ after showing a class of sportsmanship despite their World Cup defeat by Belgium last night at the Rostov Arena.

They were knocked out of the tournament when a late goal from Nacer Chadli in the 94th minutes sealed a 3-2 comeback victory for Belgium.

As revealed by FIFA general coordinator Priscilla Janssens on Twitter, Japan’s squad left the tournament on a high note. They left after leaving dressing room spotlessly clean with a note of thanks in Russian.

Sharing a picture of their spotless post-match dressing room, Janssens wrote: ‘This is the Japanese dressing room (sic) after losing to Belgium in the 94’ minute.

‘Thanked their fans in the stadium, cleaned up everything (bench and dressing room) and spoke to media. Even left a note with ‘thank you’ in Russian.

‘What an example for all teams!! Privilege to work with!’

Their fans were also pictured collecting rubbish in the stands after seeing their side lose to Belgium. 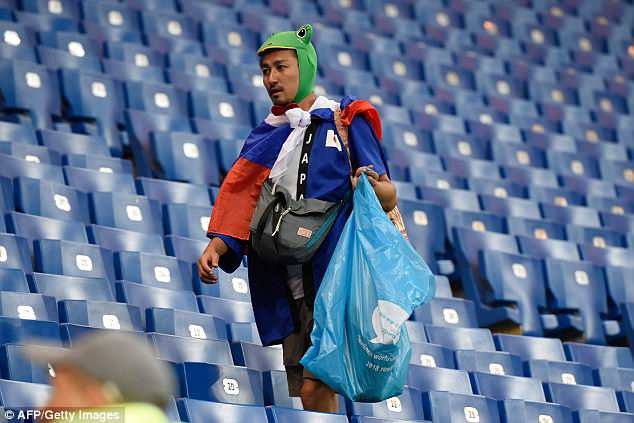 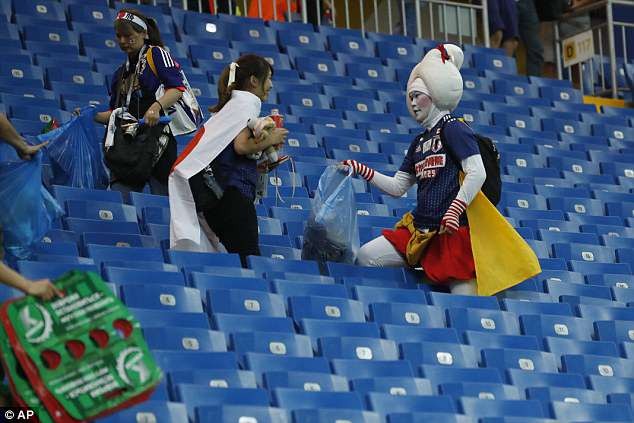 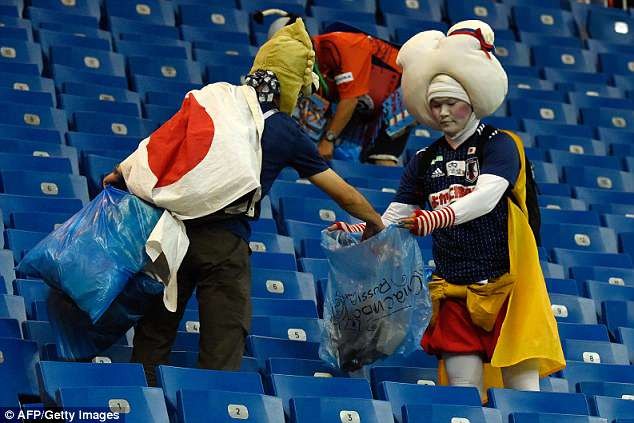 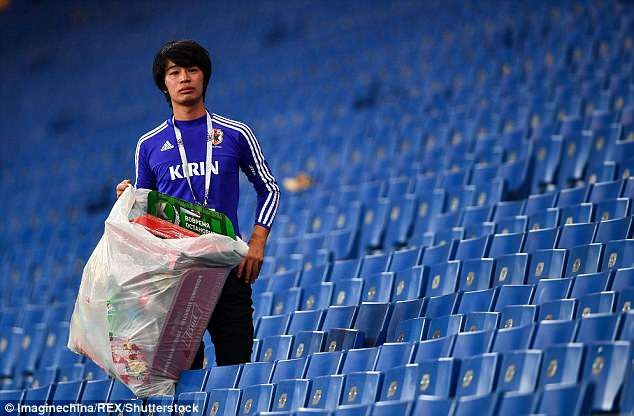