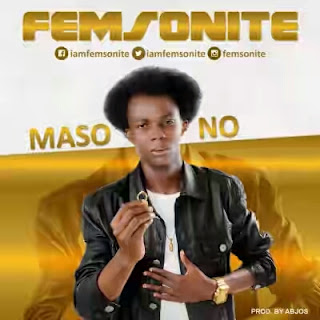 Fast rising star Femsonite, is a Nigerian singer and songwriter. Femi Jacob Ayokson was born in Lagos, Nigeria and originates from the Yoruba ethnic group in South-Western Nigeria. His music is a fusion of R&B and Afro Pop.

Femsonite has cited Marvin Gaye, Fela Kuti and 2face Idibia, as his musical influences. Femsonite releases his debut song tiltled Maso No. He described the song as a proposal song. The song is produced by Abjos.