Davido and his lover, Chioma, threw a massive birthday for their son, Ifeanyi, on Sunday, October 24, 2022. 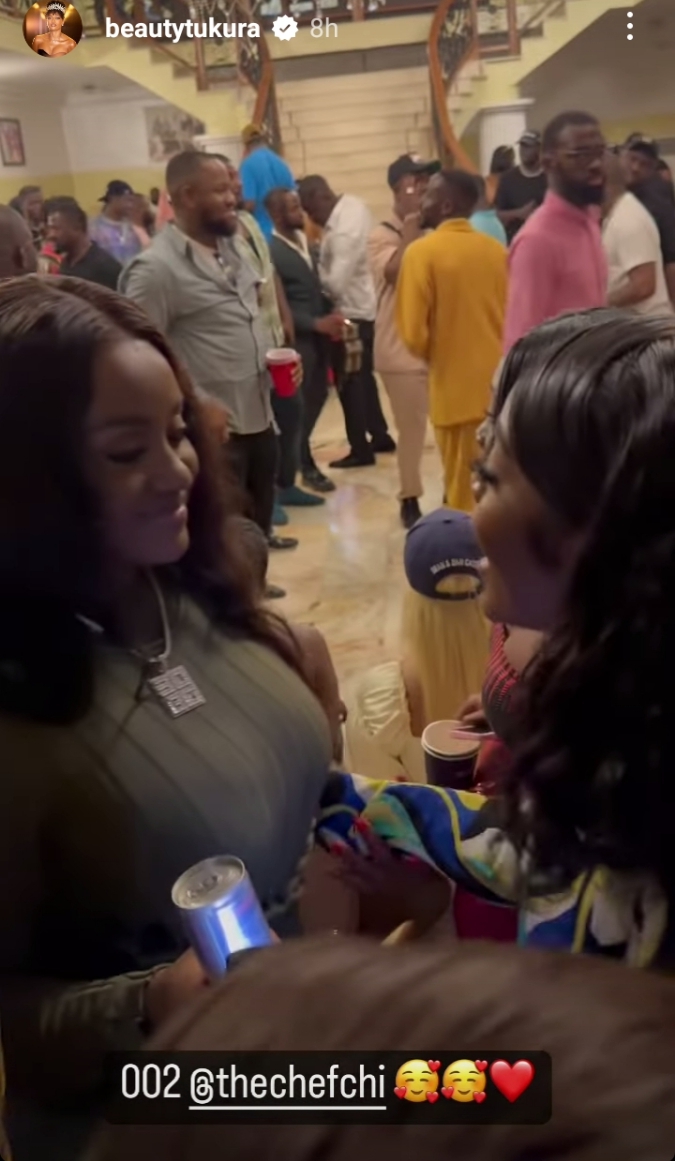 The lavish party went down at the singer’s father’s mansion and Beauty Tukura showed up to celebrate with the family.

The Reality star’s meeting with Chioma was captured on video and was posted online on Beauty’s official Instagram page.

Beauty looked excited as she shared a warm hug with the Celebrity chef.

The BBNaija star accompanied the video with a caption where she expressed her admiration for Chef Chi and OBO Crooner.