Much loved Nigerian music stars Tiwa Savage and Burna Boy caused an online buzz after they were both spotted together in public.

A video made the rounds on social media showing the Somebody’s Son crooner with the Grammy award-winning artiste at a nightclub. 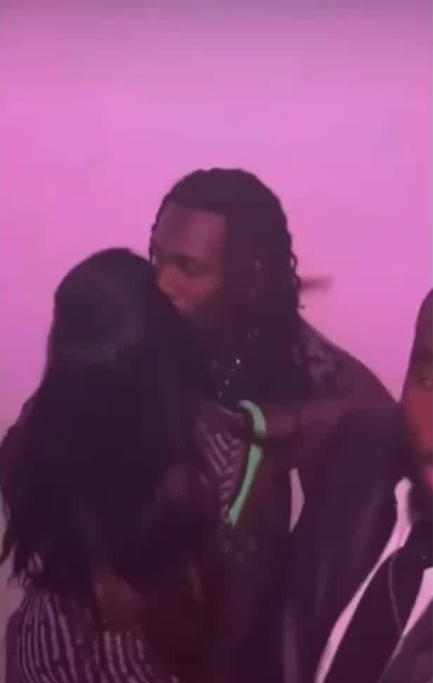 The female singer had her arms around Burna’s neck as they hugged it out for some seconds. Both artistes also raised speculations about them kissing, seeing as their faces were very close to each other in the video.

However, they could only have been talking into each other’s ears, considering the noisy environment.

See the clip below: