“Fake lifestyle, Just for the Gram” – Reactions as lady borrows meat from friend, add it to her soup to take photos on social media (Video)

A young Ghanaian ‘stay woke’ lady has caused stirs online as she borrowed meat from her friend only to take photos.

In a hilarious video, The lady and her friends were served fufu with meat and eggs at the chop bar. 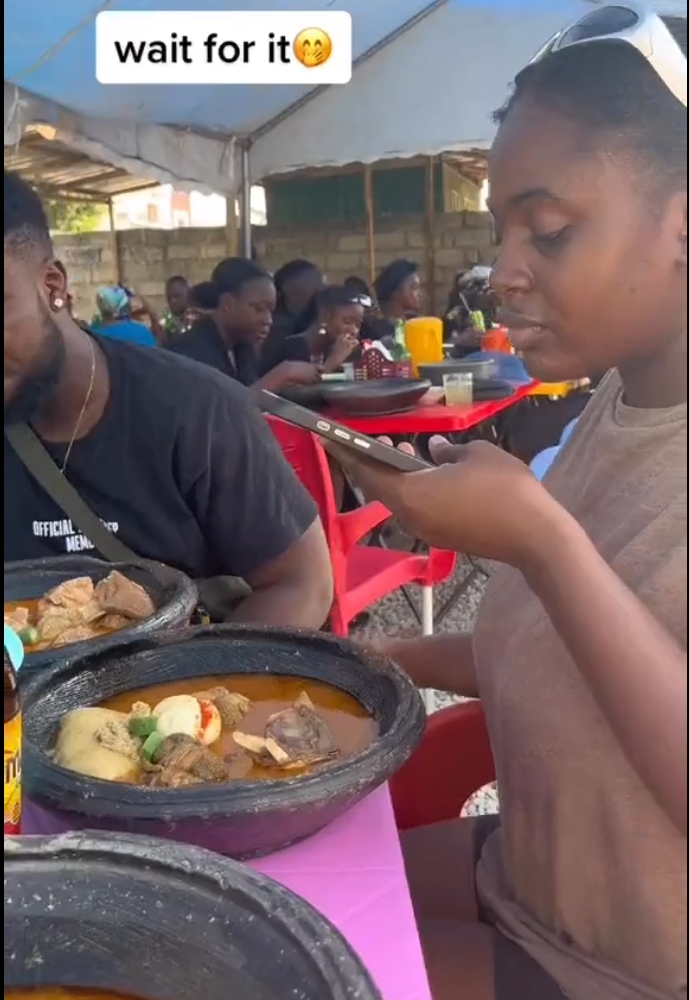 She started taking videos and photos of the food and did something odd. In order to make her food look richer and more expensive, the lady borrowed meat from a friend’s food and added it to hers.

While she continued to take the photos and videos of her delicacy, she put the meat back into her friend’s food.

A post shared by The number one blog (@the_one_stop_blog)