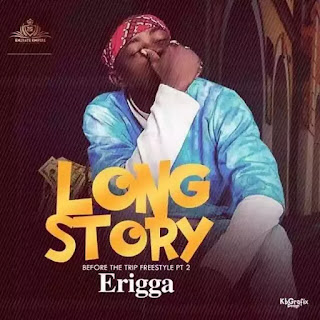 Due to the unexpected delay of Erigga‘s highly anticipated album A Trip To The South previously billed for release June 12th, The critically acclaimed King Of the South is serving his fans yet another freestyle titled “Long Story” (Before The Trip Freestyle PT 2), just a week after his highly controversial freestyle (YAB THEM) went viral all over the internet.
Meanwhile a rep from Emirate Empire has confirmed to us that the Album A TRIP TO THE SOUTH is fully ready and will be due for release in a short while. Erigga has promised to keep his fanbase updated pending the release of the highly anticipated project.
Hear “Long Story” below.
DOWNLOAD NOW