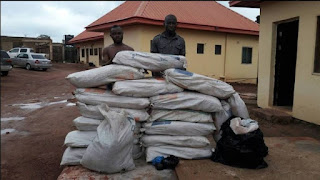 This is hilarious
The operatives of the Anti Cultism Unit of the Enugu state command of the Nigeria Police Force on 13th August, 2017 through an intelligence information and a well coordinated operation arrested One Emmanuel Ogbonna who claimed to hail from Okpanam Delta state, Odo Chinedu of Aguabo Enugu with Sixteen Bags of weeds suspected to be Indian hemp.
Also recovered from one of the suspects Emmanuel, is a suspected identity/warrant card portraying him as a member of Director of security services with the name Emmanuel Tako and number FCA552447.
Suspects were nabbed when the operatives acting on intelligence information swooped on them at New Market axis of the state and where the bags of the weeds suspected to be Indian hemp was concealed in the booth of their Camry car with registration Number LSR 769 DF hence the bags of the weeds alongside the vehicle were recovered from suspects.
Suspects are helping the police operatives in their investigations just as Emmanuel has revealed that he was dismissed as a DSS Personnel but uses the alleged identity card to ferry weeds suspected to be indian hemp using the said vehicle.
Investigations into their nefarious activities are in full scale. 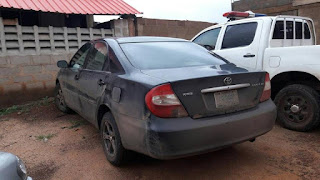 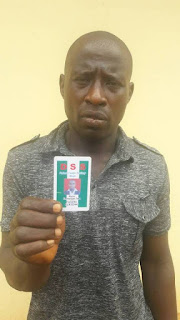 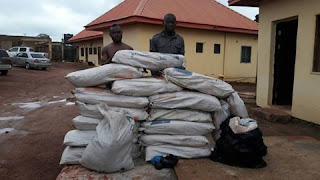