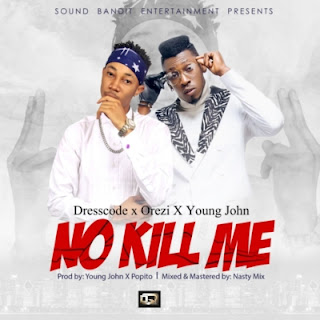 Sound Bandit Entertainment present Dresscode, And His out with another song that is set to take over the airwaves,The Multiple Talented Artist whom previously released “BAD GIRL” which was produced by “POPITO” doles out with this wicked club banger title “NO KILL ME”

This song is definitely a hit trust me ,The high demand for this song led DressCode unleashing it out to his fans, Dresscode is the next big thing in 2017 and beyond.