A group of women at a popular market made a scene recently after an evangelist who was there to preach made an unflattering remark about their colleague in his sermon.

It appeared the clergyman who was in the market to preach to the people there had called one of the women a prostitute in his sermon, and the other women didn’t hesitate to tackle him. 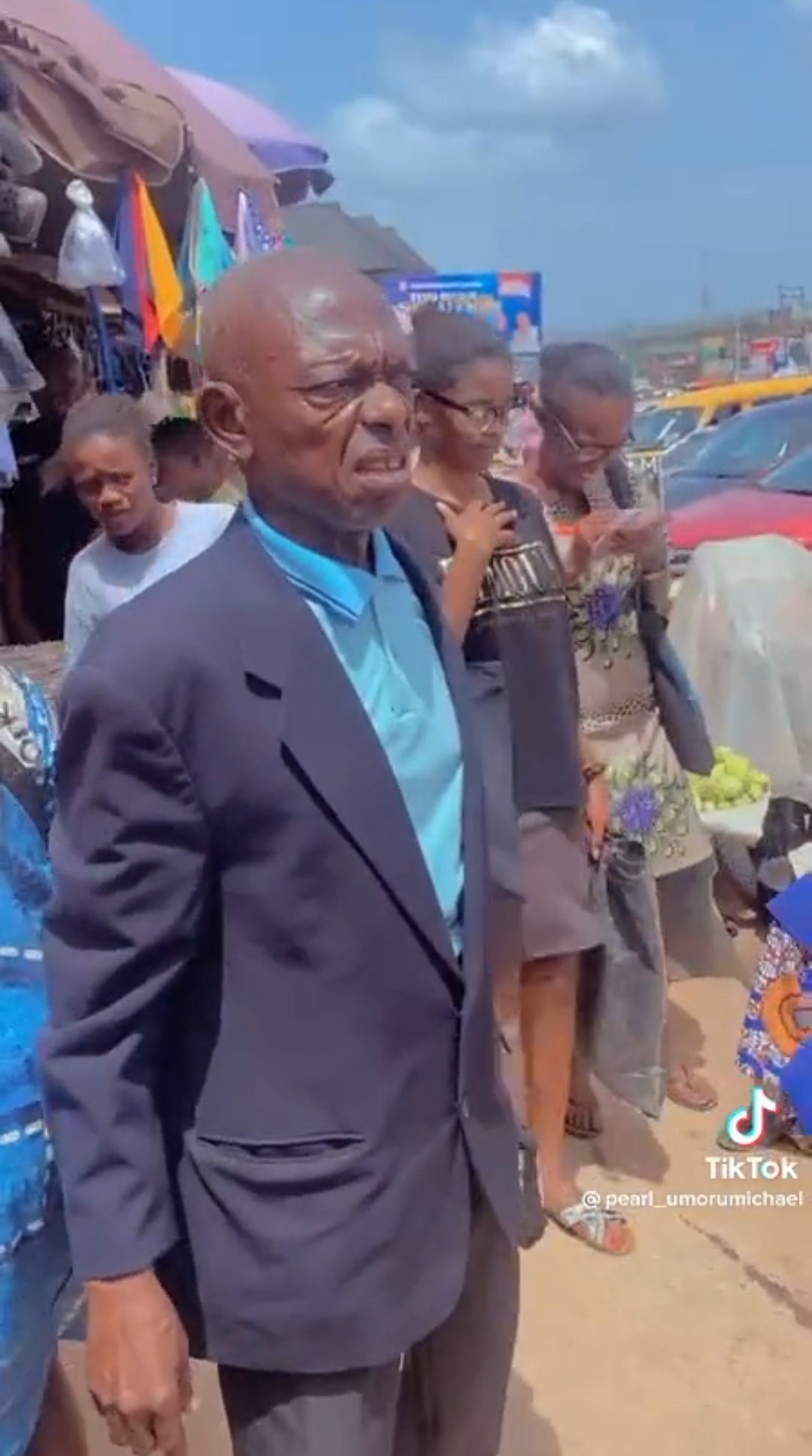 A video from the scene currently making the rounds showed the women confronting the preacher as they queried why he made such a comment about another man’s wife.

The evangelist insisted that he address them according to how they were dressed, despite the women’s protests that the preacher had no right to refer to another man’s wife as a prostitute.