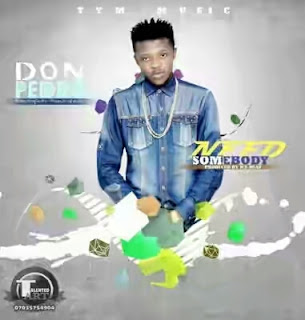 Don pedro is from uromi Esan North-East local Government Area of Edo State, Nigeria. Currently based in Germany, Don pedro is a singer,song writer, producer.he is the founder of T Y M music gangs who started his music career in 2005. he released an introduction single titled bakatti produced by don pedro mix and mastered by big Mc The bakatti song went viral on the internet and now his out with his official single titled need somebody produced by icebeatz