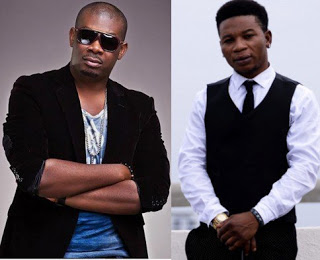 Few weeks back, Controversial Nigerian rapper, Vic O, called out Mavin Record Boss, Don Jazzy to feature him in a track, or risk being dissed.
Vic O threatened Don Jazzy, and gave him an ultimatum of 6 days to respond to him, or feature him in a song.. 6 days passed without reply from Don Jazzy, and the singer, cooked a massive hit diss track for the Mavin record boss.
Don Jazzy, of course been silent since the first day Vic O threatened him, but now,he has finally reacted to the diss track.
He replied;
“Nice one baba. Drop a remix sharp sharp” 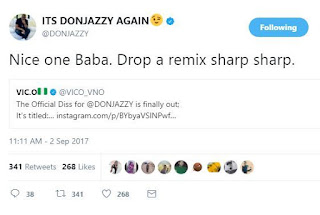