A recent video of superstar Afrobeats singer, David Adeleke professionally known as Davido vibing so hard in Qatar has surfaced online and by extension generated overwhelming reactions among internet users.

In the video making the rounds online, Davido is undoubtedly regaining his happiness back as he was seen all all smiles while with popular Ghanaian singer, Stoneboy and friends ahead of his performance at the Qatar 2022 World Cup closing ceremony on December 18th, 2022. 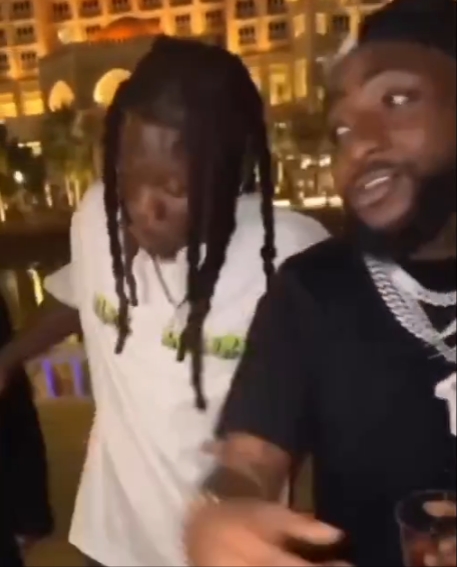 Note that Davido is in the official World Cup song alongside Trinidad Cardona and Aisha dubbed “Hayya Hayya” that means Better Together.

However, Davido misses the opening ceremony of the Qatar 2022 World Cup, that kickstarted on November 20th following the tragic death of his 3-year-old son, Ifeanyi Adeleke who died on October 31st, 2022.

In the clip, Davido was seen enjoying a nice evening in Lusail, Qatar where he’ll be performing at the world cup closing ceremony.

Meanwhile his performance this weekend will be the first one since he went off public reach after his son’s death.