Usher announced his Park MGM show six days ago and it kicked off last night as promised with a fully house. 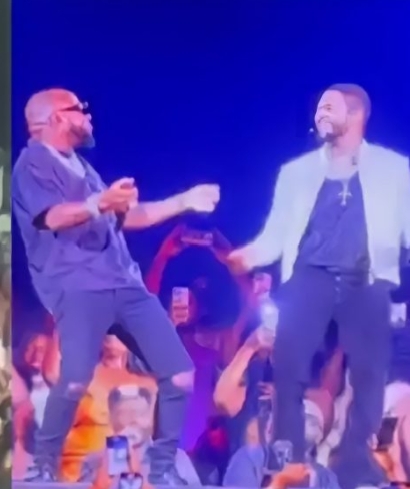 Davido was one of the artistes at the event to support his colleague and brother, Usher to make the show a successful one.

Fans were so happy at the Park MGM event center when Davido took the stage together with Usher to perform his hit record “Fall”.