Afrobeats Superstar, Davido and his girlfriend, Chioma, have continued to get people talking with their incessant display of affection.

Few days after they were confirmed to be an item again, the Celebrity couple were spotted sharing a heartfelt kiss in a London nightclub. 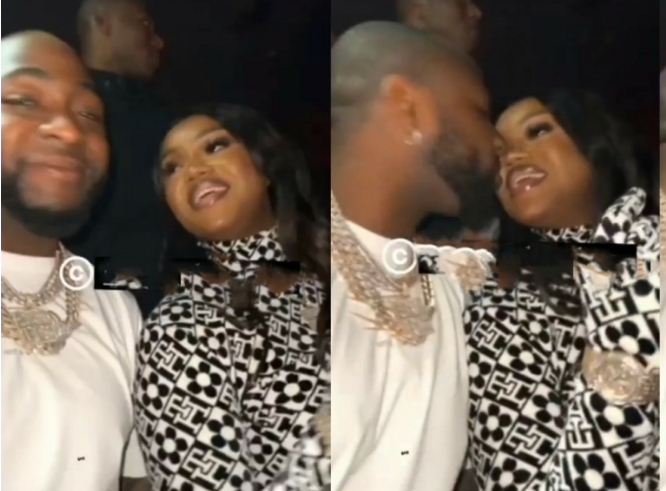 In a new clip that was captured and shared online by the singer’s associate, Soso Soberekon, the OBO Crooner was seen looking very happy before he reached out for a kiss from Chioma, and she obliged.

After the short but cute kiss, Davido let out a sheepish smile. Watch the video below.

The couple’s kissing display caused a massive buzz on social media as Nigerians had mixed feelings.