A recent video that shows that Davido is actually pulling through following the death of his 3-year-old son, Ifeanyi Adeleke has surfaced online and by extension generated overwhelming reactions among internet users.

In the clips making the rounds online, Davido could be seen all smile as his uncle, Ademole Adeleke gets sworn in as the Executive Governor of Osun-State. 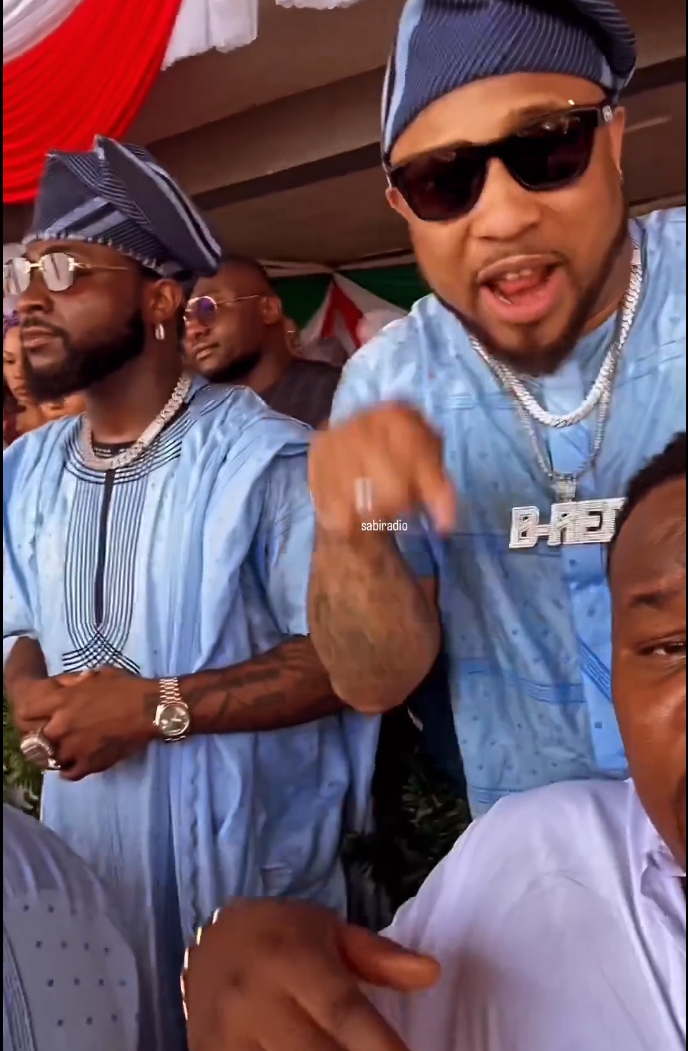 Recall Intel Region reported that Davido makes his first public appearance in weeks for his uncle’s inauguration as Governor in Osun State.

Davdo had been away from the public’s reach following the demise of his child, Ifeanyi, who died by drowning on October 31st at his Banana Island mansion after being left with minders while on a trip to Ibadan.

The oath of office was administered on the Governor by the State Chief Judge, Justice Oyebola Adepele-Ojo around 11:45am, on Sunday, November 27, 2022.

Following the latest development, Davido while singing the Nigerian National Anthem was captured all smiled in the video alongside his cousin, singer B-Red and bestie, Cubana Chiefpriest.

See reactions the video generated among netizens below;

naija_rich_kids: Aaaw. He’s lost so much weight. And he’s trying to be strong.

thank God he’s pulling through, May God continue to be his strength and that of his wife too

this just made me teary. I hate to see him sad. Someone that is life personified

sachi.diamond: Seeing him makes me want to cry ,God Abeg heal him

he needs you papa

piiqcii: May GOD completely heal Davido and his wife Chioma

glamour_beautyhome: We have waited for this day and smile for long

chidera_dioha: My baby look so down

feel so much for him at

queen_komzy: Trying to be strong