A video of a cameraman dancing hard with female guests at an event he was meant to cover has given netizens laughs.

In the hilarious video shared by @xcobacollections on TikTok, the cameraman was seen with a camera in hand while guests were having a nice time on the dance floor. 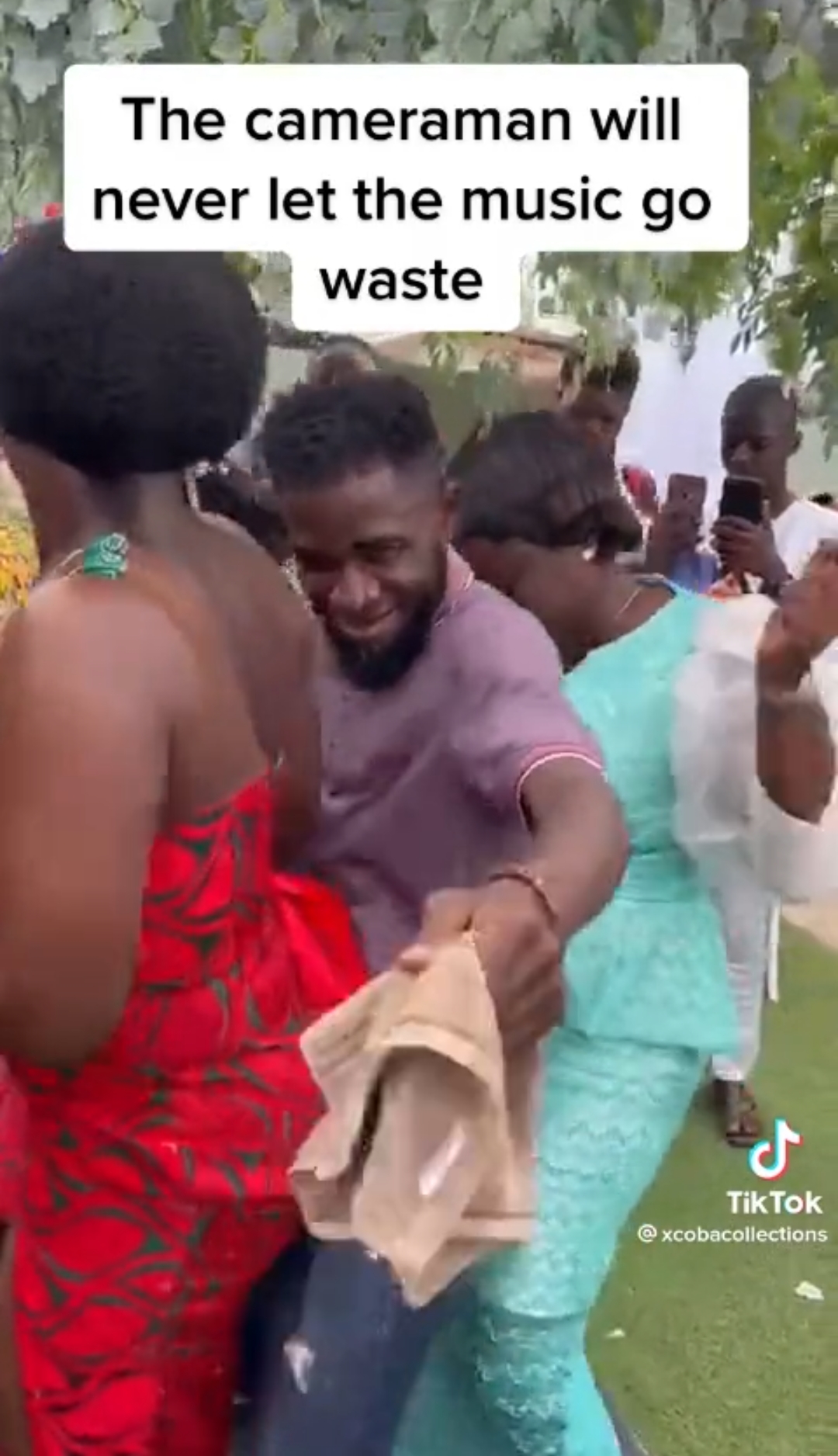 He suddenly abandoned his job and stealthily danced behind a lady. After some time, he began rocking the lady as they both danced hard like people familiar with each other.

The duo continued dancing and became a trio as another lady out of the blues joined the man from the back – this made him sandwiched between both ladies.

The trio stole the show on the dance floor.

“This cameraman don’t need to be paid he has gotten his pay dada.”

“Why are the friends of the lady pushing the camera man away…mmtteewww.”

“This cameraman doesn’t need to b paid, aaaah instead of capturing memorable events he is rather creating them.”