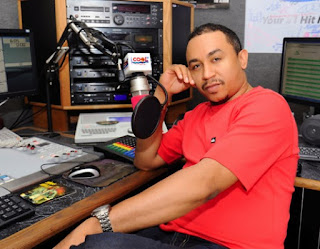 According to EbiwalisGossipBlog right now is that OAP Daddy Freeze reportedly collapsed on his way to work.. A reliable source told Ebiwalismoment.com that The Freethesheeple Leader is said to be an Asthmatic Patient, But forgot to carry along his Inhaler to work…

He reportedly got choked while on air at his office in Cool FM, and was rushed to an emergency room..
Confirming the incident the source told Ebiwalismoment.com:

‘Its a Normal thing for someone with Asthma to collapse, he got choked but he’s doing better now.

When asked if his back to work, the source added:

‘Yes, we’re all in good spirit now, Recall that Freeze once revealed he smoked cigarette for 4years, but dumped it after he found Jesus.

Freeze who is known for opposing all celebrity trends, has been engaged to his girlfriend for more than 2years now, he’s yet to tie the knot..

Even though he blocked me on IG for getting on his nerves, Ebiwali hope he gets well soon..