Popular young Nigerian musician Divine Ikubor aka Rema, has asked fans to leave their manners at home during his concert as he borrowed a fan’s wig to use for his performance.

A video trending online has captured the moment Rema told his fans to take the advice of DJ Big N and take off their wigs as his concerts was the best place to ‘party’ and lose manners. 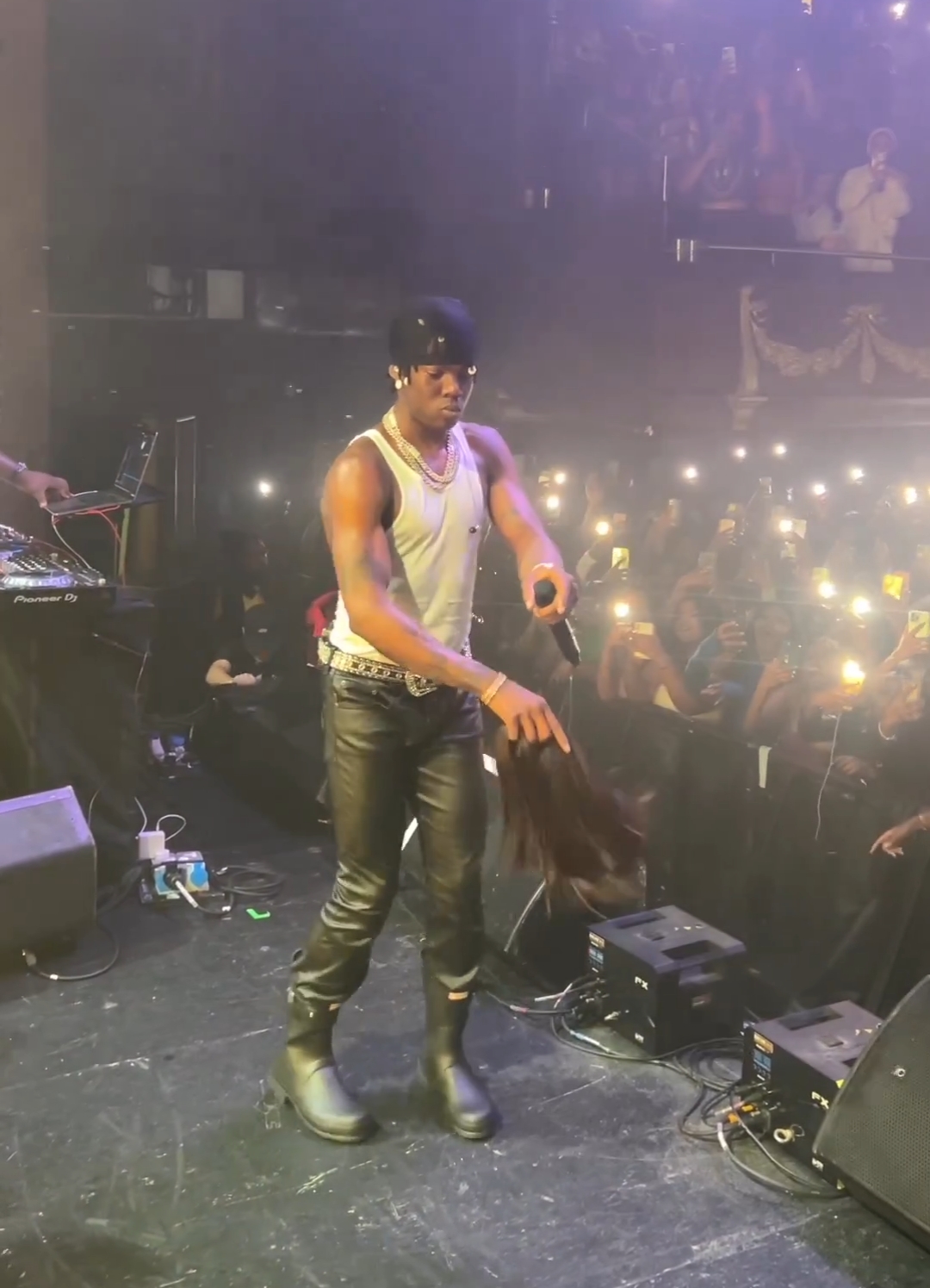 Rema had asked to borrow a fan’s wig, to which she happily obliged. She might not have been prepared for what Rema would do next which involved using the wig to bust some moves on the stage.

Rema had asked the crowd to sing along, stating that they could express their willingness to party.