Popular crossdresser, Okuneye Idris Olanrewaju, also known as Bobrisky recently came hard on the famous skit maker, Sir One On One following a comment he left on his page.

Bobrisky had triggered several brouhahas after he shared a video of himself showing off his culinary skills. 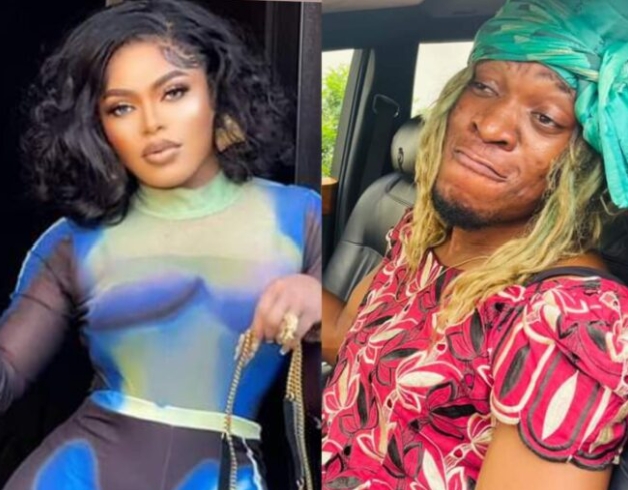 The video subsequently caught the attention of the content creator who took to the comment section to pen a remark.

“This is the reason I won marry u nnam”

See their exchange below; 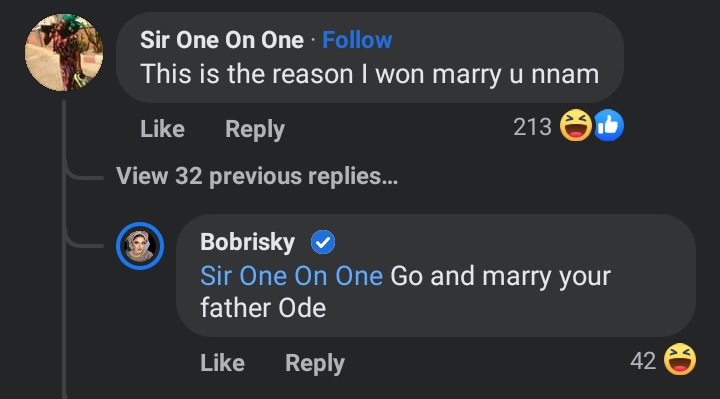