Nigerian dancehall stars, Burna Boy and Timaya recently got into a playful banter over alcohol and it was captured on tape.

They linked up in a house believed to belong to one of the them and were having a fun-filled day. 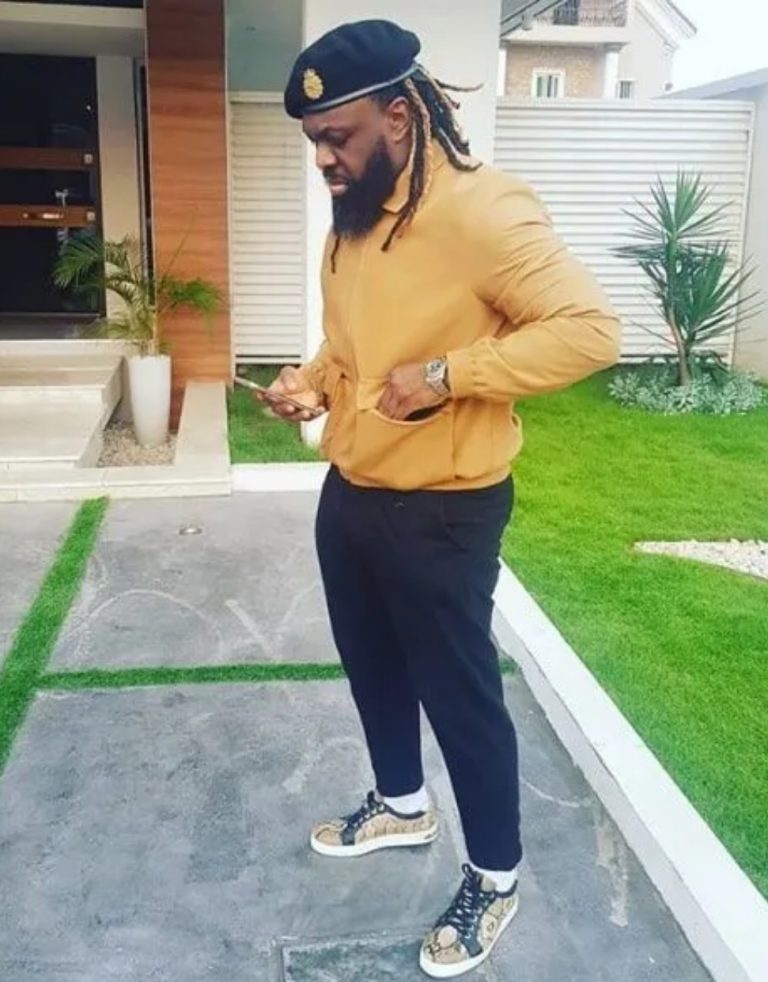 Timaya tackled the Grammy winner for not giving him the bottle of wine he was with so that he could also drink.

He playfully said it is probably because he does not have a Grammy award that his colleague decided to act like that towards him.

But the self acclaimed African Giant said that the Plantain Boy hit maker had already drank most of the contents of the bottle.