She showed off her blue-coloured Range Rover while rocking a revealing clothe in an open space.

Angel shared photos of her posing with the car and boasted about being ahead of other women in the game. She stated that they should be respecting her because they only follow while she leads. 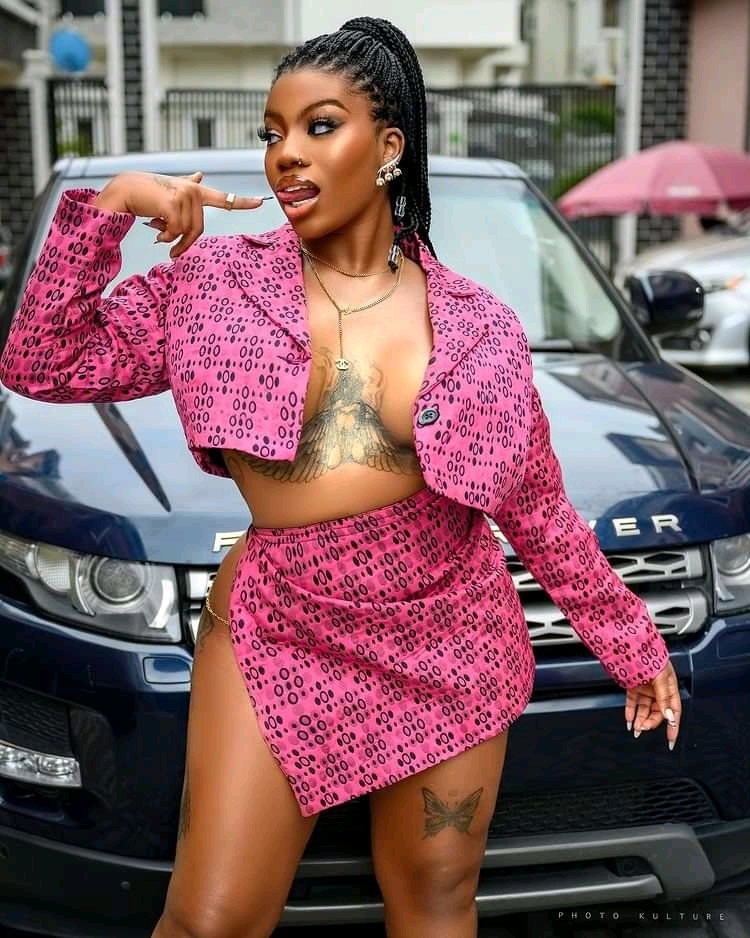 This comes amid reports that the Range Rover which belongs to her colleague from BBNaija 2020, Nengi was confiscated.

Sharing her pictures, Angel wrote; ”I put these bitches on game; they should be kissing my feet.”

It was reported earlier that the Economic and Financial Crimes Commission, EFCC, seized Nengi’s expensive vehicle because of its alleged link to a ponzi scheme operator.

Multiple sources claimed that a man who is Nengi’s sponsor bought the car for her, and that person is now a suspect in an ongoing fraud case being investigated by the EFCC. 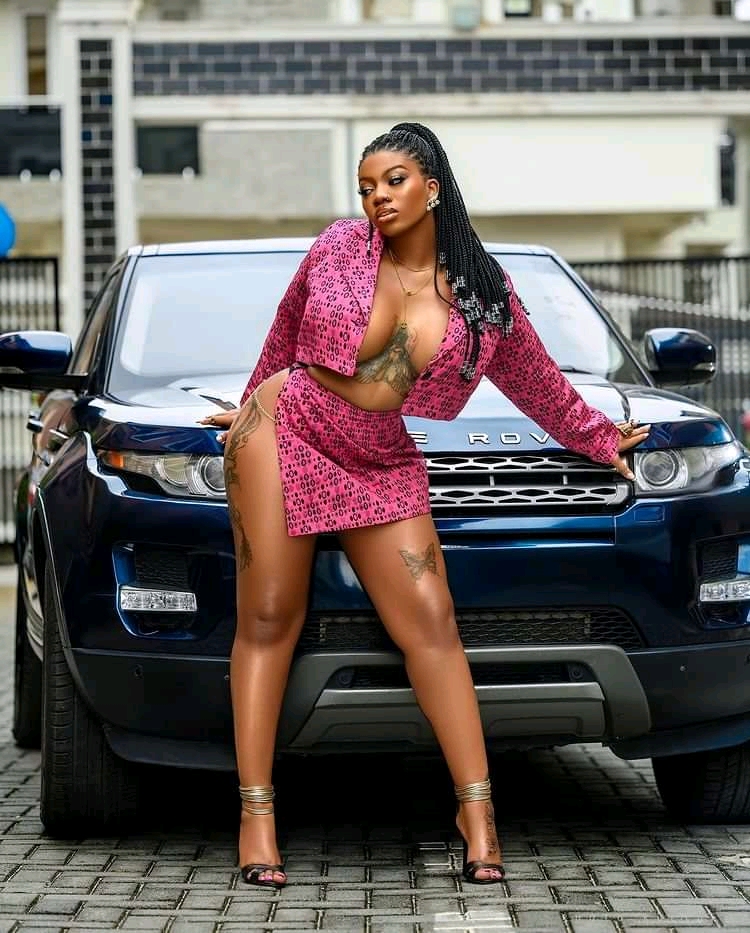 He was said to have absconded to a foreign country with investors money and is on the run.

In her words: “So guys I’m back with this gist. Since I heard this gist I’ve been digging and digging. You all know me now. You know I used to dig to get to the root of things like I just don’t come out and spill.

So, according to the gist, this babe, last year or last 2 years I can’t remember when she launched this Range Rover and we were all like ‘oh God when!, she’s hard working, She deserves it.

So, according to my source, it was alleged that it was a big God that got the range Rover for her. Which is not even the gist oh, I mean almost everybody is now getting gifts from their big God but that’s not the gist. The main koko now is that the range Rover has been taken away from her and it’s not by the big God.

According to my source, it was alleged that the big God that got the range Rover for her is under EFCC radar. He was called in, he was invited for questioning bla bla bla and along the line, she was linked with him so all the monetary gifts and all the gifts she got from him where taken away from her and a whole lot. She was even invited for questioning as I’m talking to you now, this Range Rover is no where to be found, it has been seized.”