There is excitement in the air as actress, Funke Akindele finally unveils project, Battle of Buka streets.

The actress and politician who has been teasing her newest project for weeks now, took to her Instagram page to unveil it to the world. 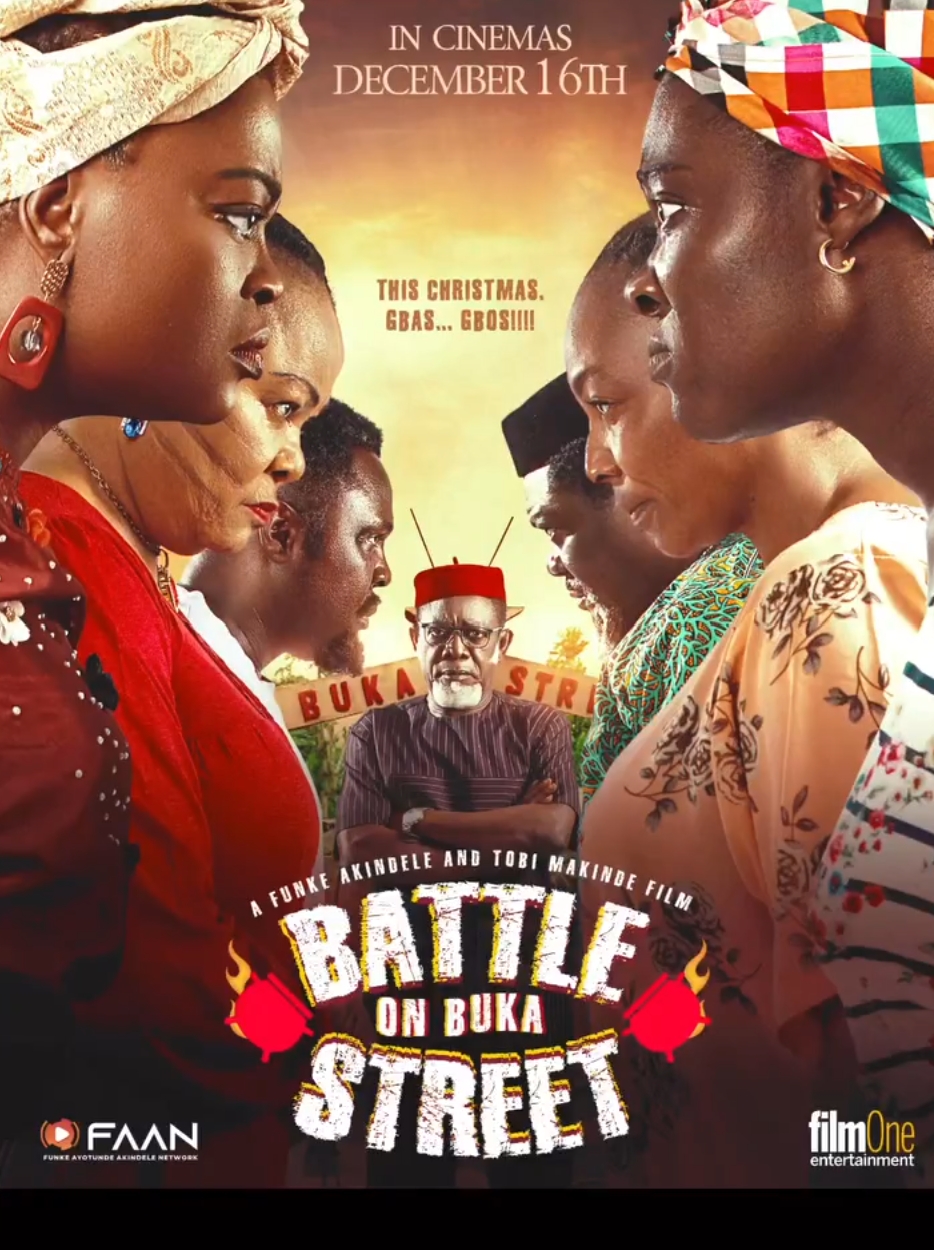 Teasing the project moments ago, Funke announced that the movie will premiere on December 16th in Cinemas.

According to her, the movie promises to be hilarious, captivating, and delicious.

This new project is coming as a surprise as Funke Akindele announced that she was stepping out of movie production to focus on her political ambition.

Actress, Funke Akindele had got tongues wagging as she announced her newest project.

The politician was set to launch her newest TV venture, Battle on Buka Street.

The project was set to launch in December, the same month Toyin Abraham is premiering her movie, Ijakumo. Could this be a competition with the actress???

Cute9ja Media also noted that the actress removed her husband’s surname, Bello, from her project.

Before their separation, Funke Akindele partnered with her estranged husband in many of her productions and projects and added his surname to hers.

However, it seemed the actress is ready to go solely as she added her middle name to fill up her husband’s name spot.

The likes of Regina Chukwu, Mo Bimpe, Wumi Toriola, Tobi Makinde and Jide Awobona took to her comment section to hail her.

Watch the video and Reactions below;