A video captures the moment fast-rising singer, Ahmed Olalade Asake sprayed dollar notes on his lookalike, Googo, on Day 2 of the music festival, Afrochella as he danced energetically.

In the video, the lad stormed the stage and began to display his impeccable dance moves causing the crowd to cheer him. 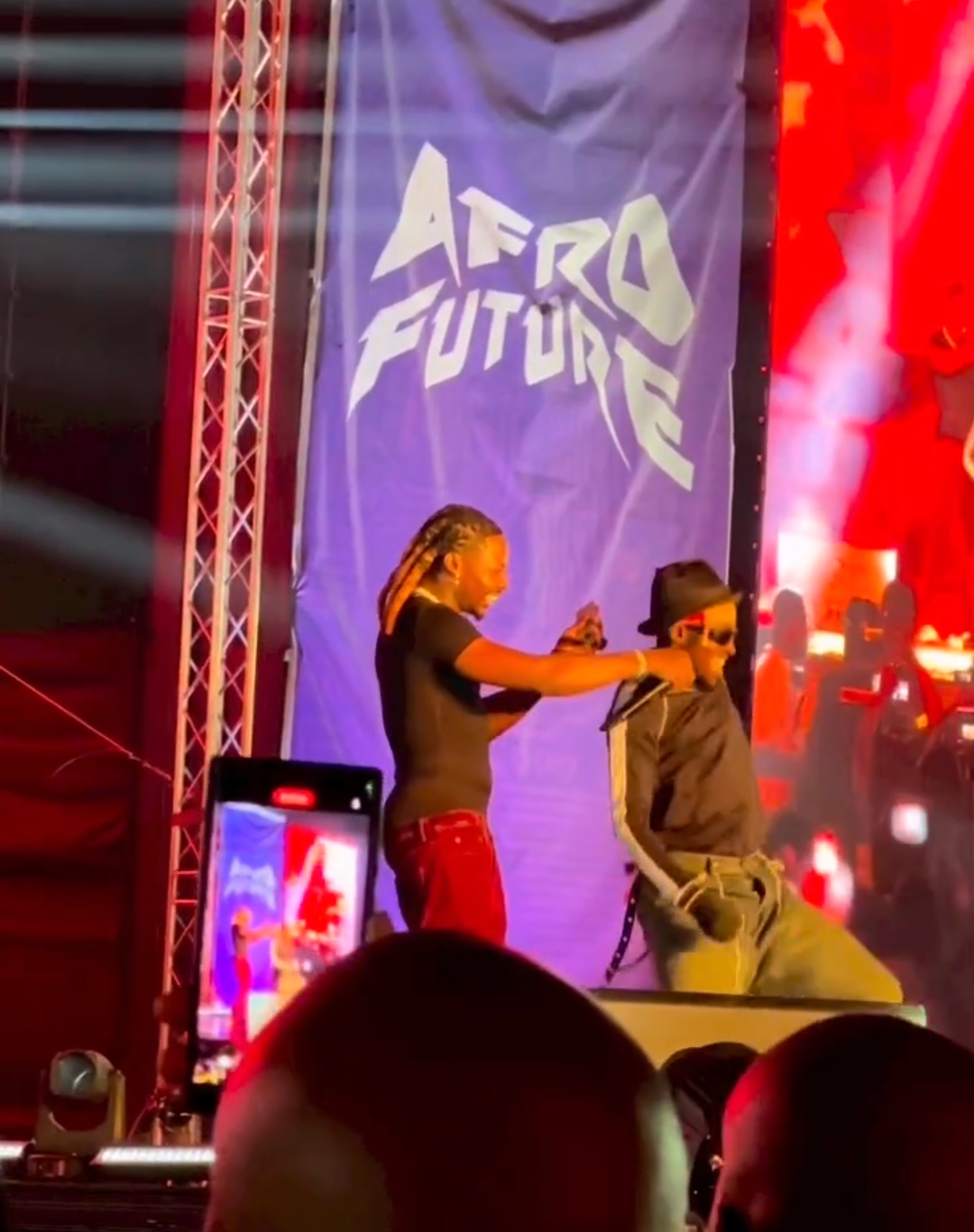 Asake who was obviously impressed by the display, reach out to his pocket, brought out some dollar notes and began spraying them on the man who made sure he got every piece.

Googo is a popular dancer in Ghana and is known for mimicking Asake in different aspects; such as his dancing style and way of dressing.