“Are you afraid of holding my waist?” – Moment singer Teni invited a shy cameraman on stage to dance with him (Video)

Popular Nigerian singer, Teni, recently invited her shy cameraman on stage to dance with her during a recent performance.

The self-styled Sugar Mummy of Lagos caught the attention of concertgoers when she invited the young man to the stage and requested a dance with him. 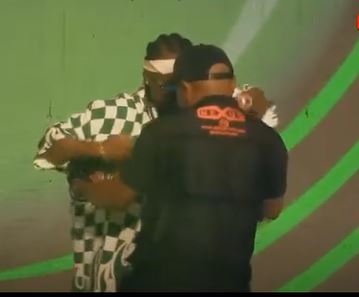 While bringing him out, Teni stated that the cameraman, Chixon, tried to make her fall down, so in retaliation, she decided to dance with him on stage.

However, before proceeding with the dance, she repeatedly asked if he was single. When he confirmed he was single, Teni asked him to hold her waist while dancing. 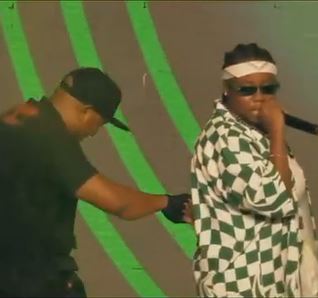 He first resisted the request, but then gave in and shyly gripped her waist for a dance as the “billionaire” crooner had asked.

The talented singer composed a song for the cameraman on the spot as they danced, which caused the audience to cheer in excitement.