Mr. cultivator first made headlines after he stormed Aba dressed like an ace comedian, Sabinus. 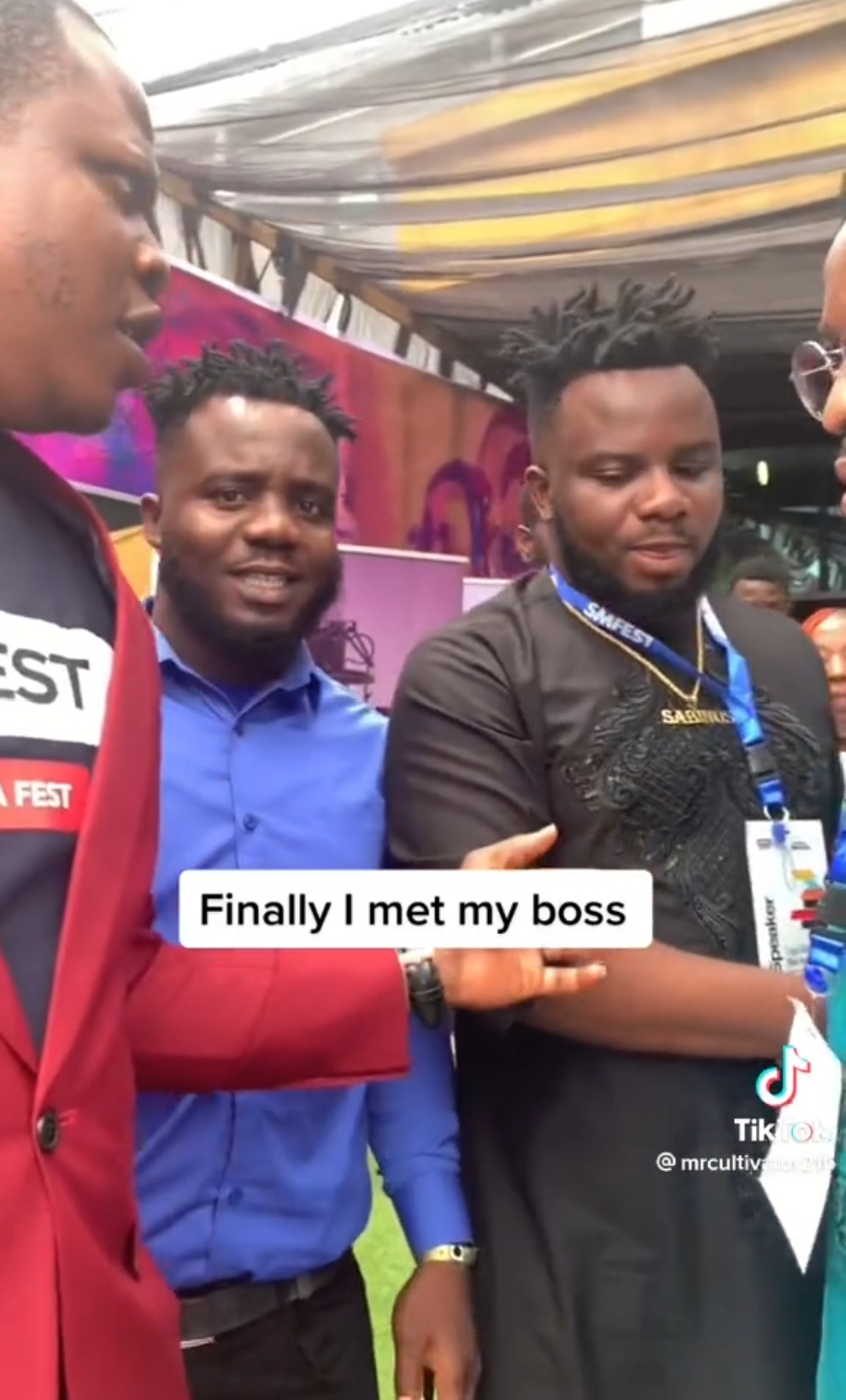 Not only did he dress like the comedian, he also arrived in the area in a convoy and eyewitnesses stormed out to take photos with him thinking he was the main Sabinus.

In a recent video, the duo met together and Sabinus seemed surprised.

Mr Cultivator shared the video on TikTok and expressed his excitement over meeting his boss, Sabinus.

“Real Sabinus nor show u love ooooh just saying base on my observation. No hating. Just be yourself. You we go far.”

“Your guy recognized you so? That is the reason why i no fall for any of them. They only lol,when the camera is on.”

“Sabinus should learn to encourage and assist an upcoming look alike as him being famous is on earth. Ignoring or snubbing him shows hight of hatred.”

“Bro just be yourself, these celebrities dont like it when you trying to be exactly them. I wish you more grace.”

“Chai ,see how sabinus take give this guy social distance, and the guy really want them to do video, but sabi no gree he face show chai, in this life.”