A Nigerian man stormed his bank and directed that they close his account for not sending him a text on his birthday which was the previous day.

Flaring up as he poured out his heart before the customers, the man slammed the bank, stating that other banks he operates with sent him texts. 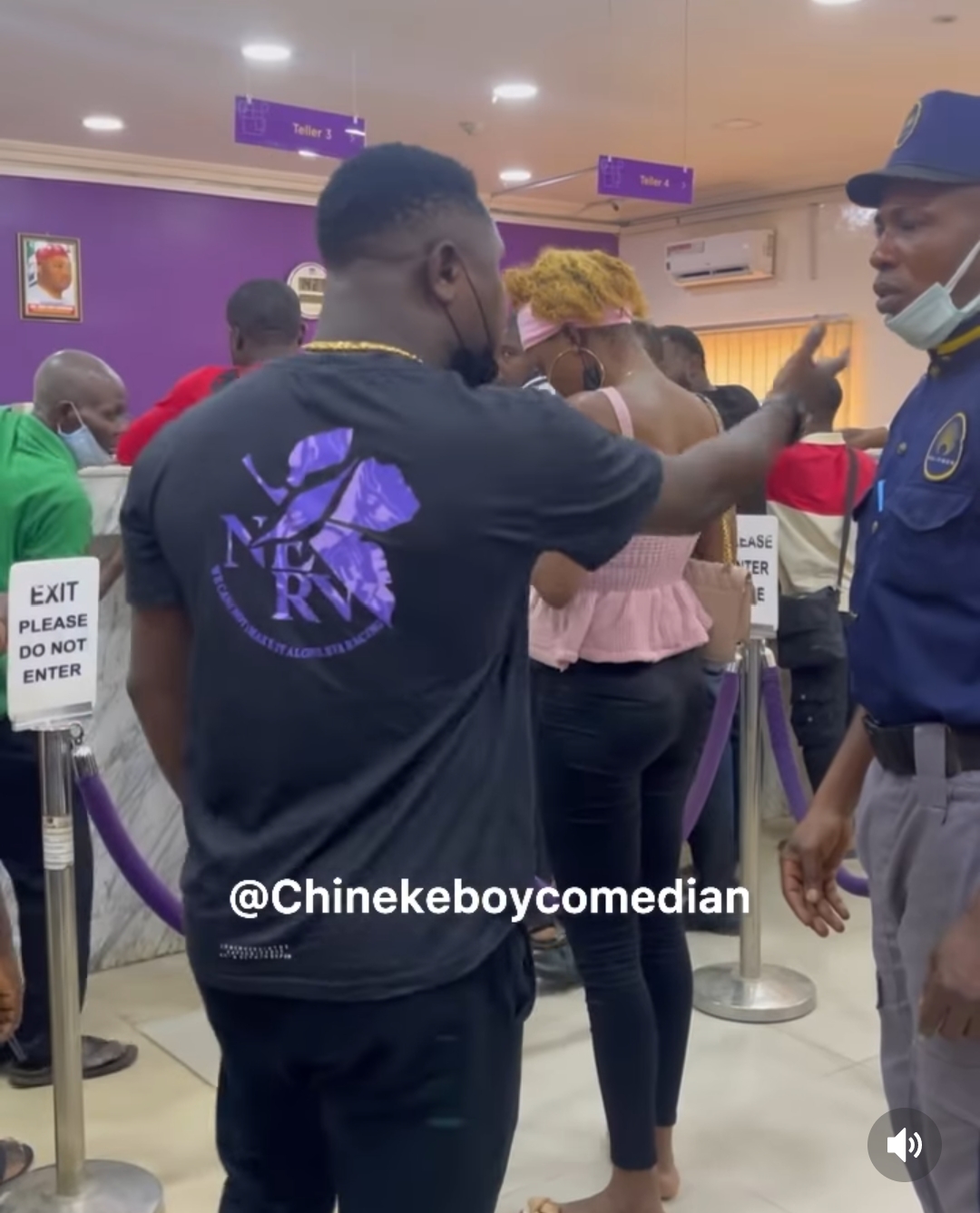 The Imo comedian and content creator knocked the bank for only knowing how to debit and charge VATs on accounts.

In the video shared by @gossipmilltv on Instagram, a security personnel approached the man to restore in the banking facility but this yielded no result.

He told the bank officials to choose between sending him a text on the spot or him closing his account.

While he painfully kept barking that they close his account, customers burst into a birthday song for him.

The song did the trick as the young man smiled and got calmer. He afterwards introduced himself, appreciated the customers and left.