Alex Ekubo is currently outside Nigeria on the set of a movie shoot with Mercy Macjoe, Patience Ozokwo and many others. 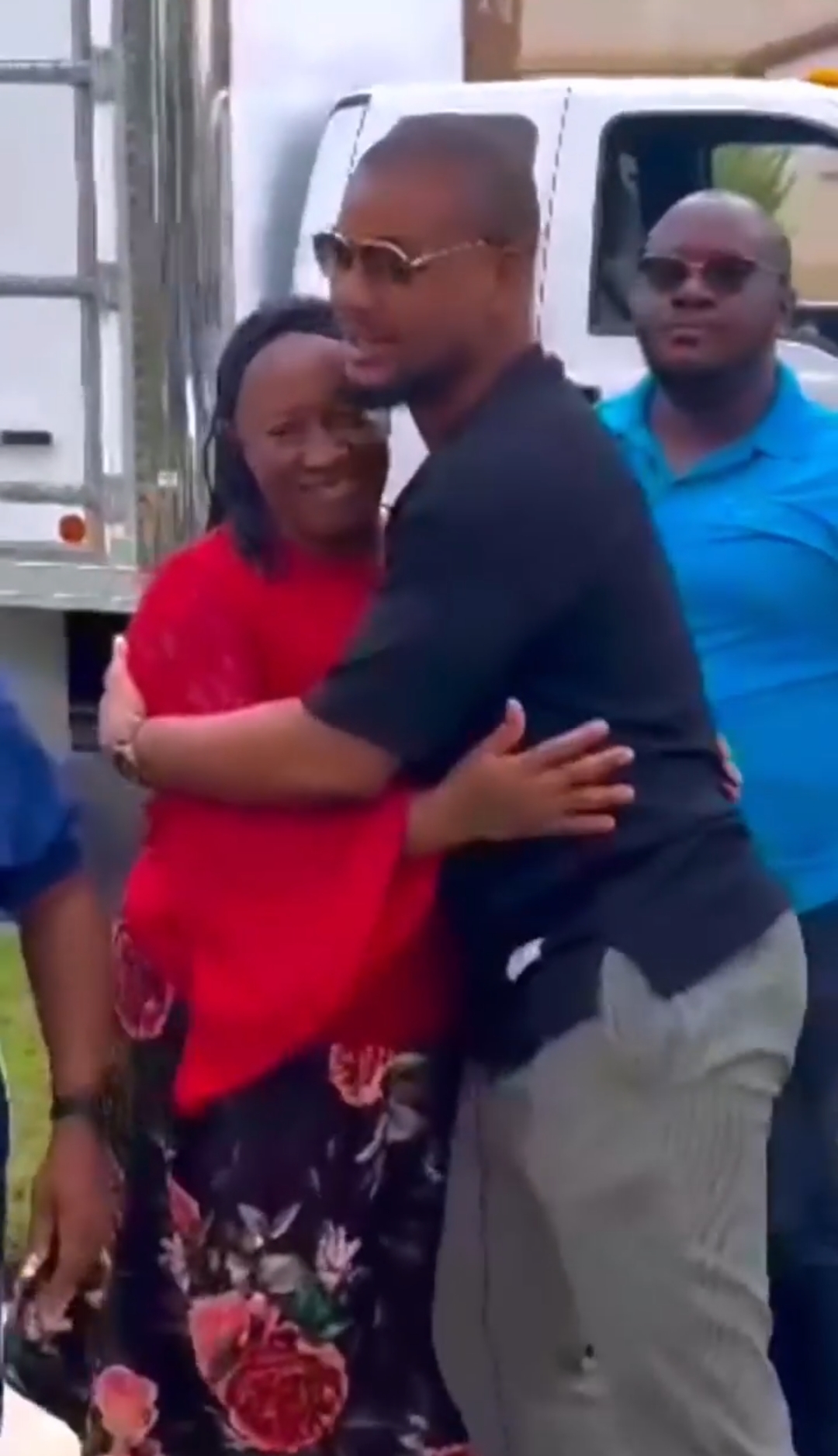 In a video posted on his Instagram page, the light-skinned actor was seen with dancer, Korra Obidi who appears to be shooting a movie with the top actors.

A clip from the video showed Alex paying respect to Mama G, as she is fondly called.

On sighting the veteran, Alex bowed and warmly embraced her.

This act won him accolades from his few fans.

In similar news, Zubby Michael had earned praises from his fans and followers over his humble nature.

The actor who was on the set of a new movie, couldn’t hide his excitement as popular comic actors Aki and Pawpaw stormed his location.

In a video uploaded on his Instagram page, Zubby could be seen giving the actors their flowers as they arrived the location.

The actor prostrated to greet them and even went as far as helping Aki with his bag.

This act had won him accolades from his fans, who praised him for respecting his senior colleagues.