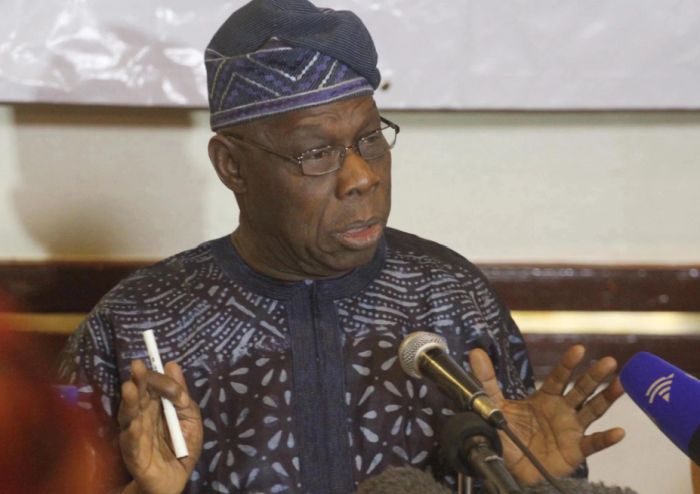 Chief Obasanjo, who landed at the VIP wing of the Nnamdi Azikiwe International Airport Abuja where he was accosted by journalists to sample his opinions about the country and 2019 elections, says he has confident in the ability of Sen. Mark, to stabilize the country if Nigerians could entrust their mandates with him.
Obasanjo who described David Mark, as one of the intelligent politician so far, noted that the like of Sen. Mark, are very few in the country, hence the need to tap from his experience. Chief Obasanjo, said he is no longer a politician but can support any formidable and eligible candidate that has the requisite experience that will address the numerous challenges confronting the the already comatose country.
What is unclear is whether chief Obasanjo will return to PDP to play active role again to ensure that David mark win the party’s ticket, recall that it was reported when ex-President Obasanjo publicly tore his PDP membership which marked his exit from the party.
Chief Obasanjo’s support for David Mark may simply hint Nigerians about the new permutation and scheming ongoing on the background by the so called landlords of the country which may mean that they have stopped their support for this current administration.
He however called on Nigerians to continue to pray for the fast recovery of President Muhammadu Buhari, stressing that prayer remain the only alternative solution to the health of the ailing President.
Please Share This
About Cute9ja Media 11837 Articles
Nigerian Entertainment Blogger and Music Promoter