A mother, @theelaceceo, has shared a funny video of her two-month-old son dodging his father’s mouth from kissing him.

In the clip, the kid took his head away many times just in time to avoid the father’s lips from touching his body. He repeated the action a few times to show he knew what he was doing. 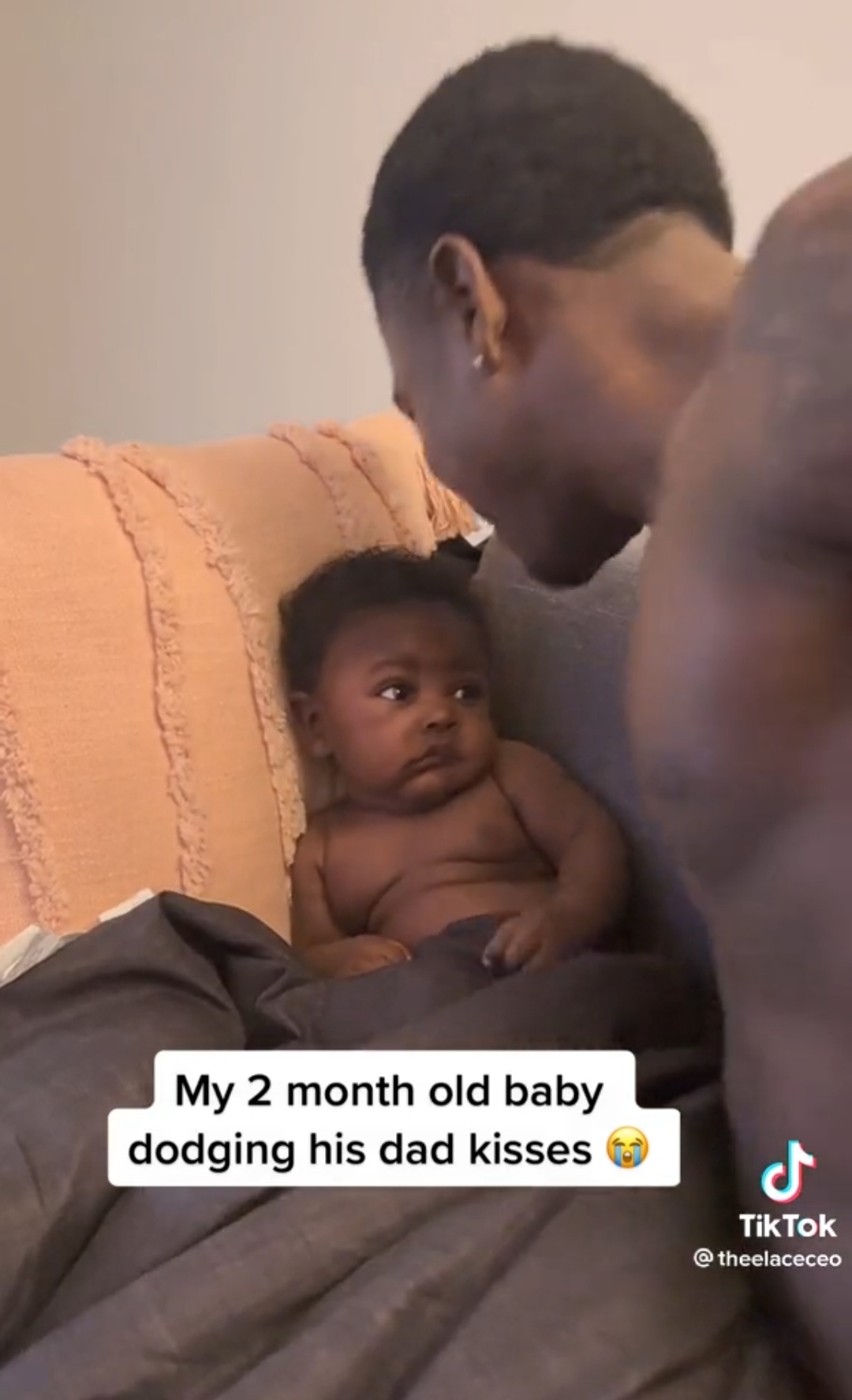 As that was going on, the mother who was in the background could not stop laughing. The man also found the baby’s act quite funny.

When the dad was able to kiss his head, the baby made a sound showing his displeasure. He dodged his mouth again when he tried reaching for him.