A 17-year-old boy identified as Mack Rutherford has officially become the youngest person to fly around the world in a small aircraft after he landed on Wednesday in Bulgaria, where his journey kicked off five months ago. 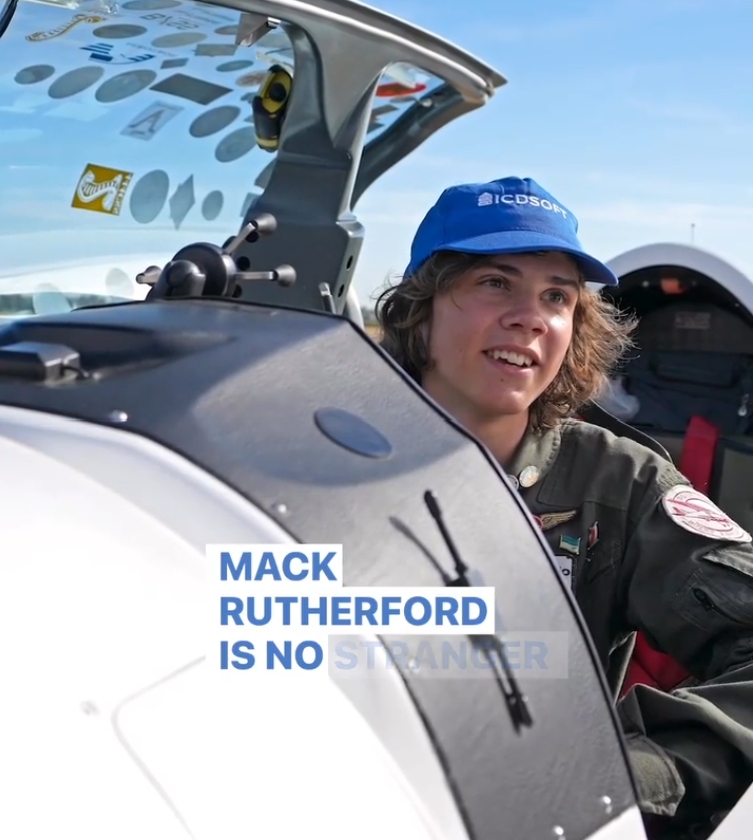 “The footage is in of Mack completing the most challenging segment of his epic journey last Saturday! Woohoo again!
“Flying approximately 10 hours non-stop over open water from Japan 🇯🇵, he reached Casco Cove on #Attu, an island of the Aleutian archipelago in the #USA 🇺🇸. He was trying to reach the more easterly Adak island, but instead of the forecasted strong tailwinds, Mack encountered quite strong headwinds instead 💨.
“It considerably slowed the progress he’d calculated and increased his fuel burn. As a precautionary measure, he decided to land at his alternate airfield, Attu, before civil twilight fell ✨.
“Mack knew to expect an abandoned and unmanned U.S. Coast Guard base but he was quite excited by the idea, especially as we knew no bears 🐻😬 were roaming about.
“At first, he even planned a rest day and a second night on the island so he could have a peek around. After all, he is doing an A-level in history and has a particular interest in WWII.
“Unfortunately, it rained 🌧 that night – it seems Attu has only about 10 sunny days a year 😂 – and he found himself sleeping on a moth-balled sofa on the runway emergency hut.
“Mackinson Crusoe was now on an uninhabited island, surrounded only by boarded-up buildings, battle relics, and memorials telling of the immense amount of lost souls to the place, …
“Although the scenery was breathtaking 🏔, the fun was quickly out of the impromptu adventure 😬and Mack decided to leave the next day for Shemya for a refuel, followed by #Adak which has slightly 😉 better overnight accommodations 😂.
“Yesterday, Mack 🏔 flew to his last stop on the Aleutians: #DutchHarbor – where he could clear US Customs and make his legal and official entry into the US💪. Next, he will be heading for the mainland: #Anchorage, #Alaska.
“We tell the story tongue in cheek, but make no mistake the last few legs took an enormous amount of #courage, #dedication, #grit and #resilience in his attempt to fulfill his #dream.”